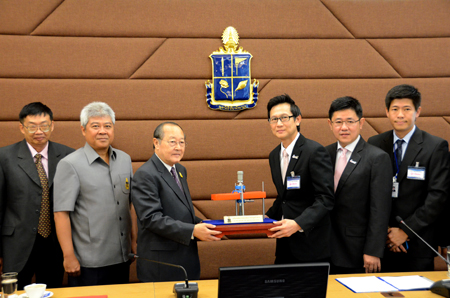 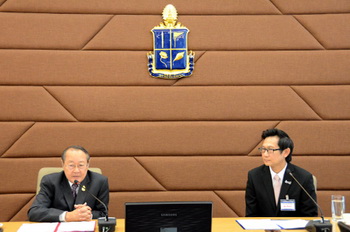 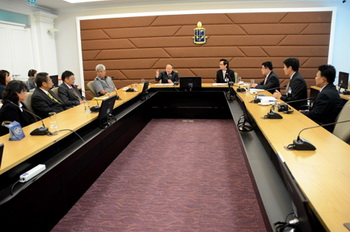 Her Royal Highness Princess Maha Chakri Sirindhorn graciously granted her permission for the Chaipattana Foundation to install a Water-Air Pump Type Aerator, an invention of His Majesty the King, in the front pool of PTT petrol station in Vientiane Province, Lao PDR, according to the request of PTT Public Co,.Ltd. 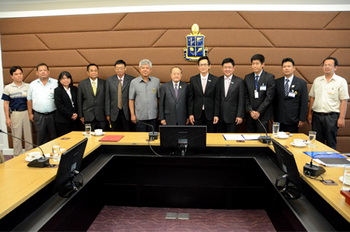 In addition, the Royal Irrigation Department will implement the water quality improvement system through plant bed, which was invented by His Majesty the King and was patented, along with Water-Air Pump Type Aerator to facilitate its efficiency to filter wastewater.