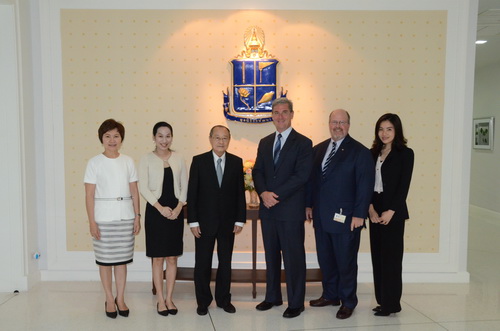 On June 16, 2014, Mr. Brad Middleton, Managing Director of Chevron Asia South Limited, made a courtesy visit on Mr. Sumet Tantivejkul, Secretary-General of the Chaipattana Foundation, on the occasion of his assumption of the position.

During the visit, Mr. Middleton expressed keen interest in continuing to support the Chaipattana Foundation's works, particularly in the area of agricultural development, sufficiency economy and vocational educational development. 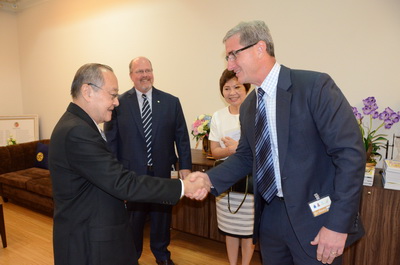 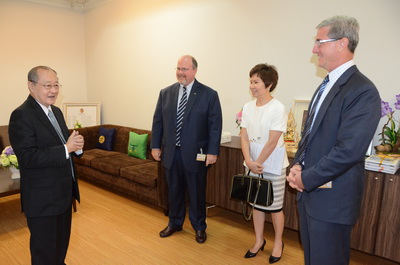 In 2012, Her Royal Highness Princess Maha Chakri Sirindhorn, as the Executive Chairperson, authorized Office of the Chaipattana Foundation to collaborate with the Chevron Thailand Exploration and Production Limited. to help alleviate the impact of 2011 floods. A portion of the total donation of 1-million US dollars from the Chevron Thailand Exploration and Production Limited. has been allocated to schools, child care centers, local mosques and health care centers in central provinces. Another portion of the total donation has been allocated to flood-affected Wat Thammajariya School in Wang Noi district of Ayutthaya province to repair its damage, and promote energy efficiency and agriculture development among young students. 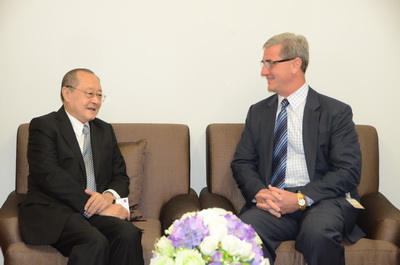 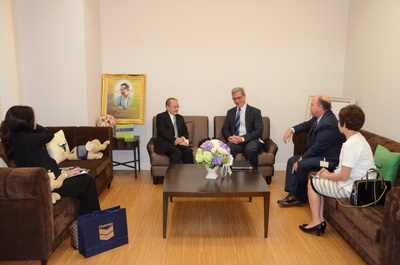