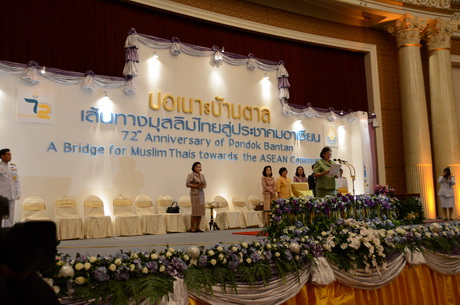 On July 18, 2012, Her Royal Highness Princess Maha Chakri Sirindhorn, the Executive Chairperson of the Chaipattana Foundation, presided over the Opening of the 72nd Anniversary of Pondok Bantan (Prateepsasana Schools, Nakhon Si Thammarat) at the Exhibition and Convention Center, Impact Arena in Muang Tong Thani, Nonthaburi province. 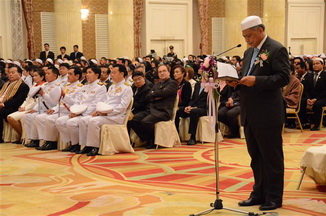 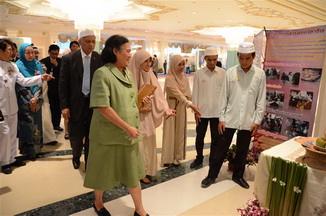 The ceremony was organized to raise awareness of the ASEAN Community to be established by 2015 among Muslim leaders as well as the Thai-Muslim community in Thailand.  On this occasion, Her Royal Highness visited the exhibitions held by Srifarida Baru Witya and Udom Sasana Wittaya Schools, developed by the Office of the Chaipattana Foundation. 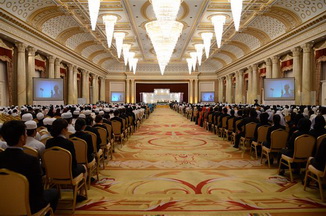 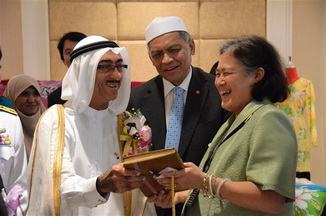