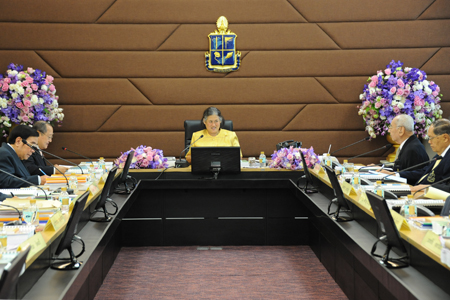 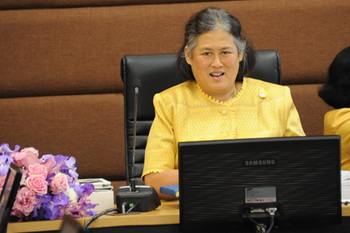 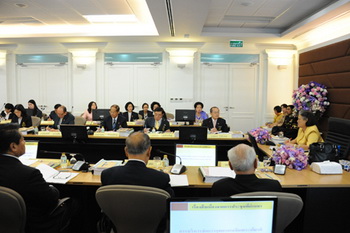 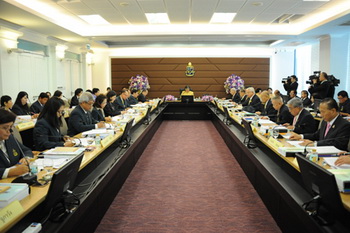 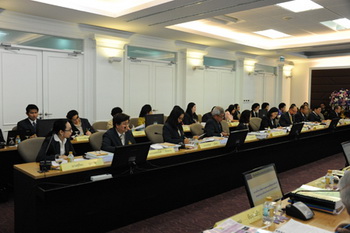 - Social Service Section is designed for projects with the aim to become the knowledge center for people to visit and learn about the concepts which is to be applied in their career. Projects in this area includes Chaipattana Aerator Project, Chakrabandh Pensiri Center for Plant Development in Chiang Rai and Saraburi Province, Agricultural Services Center in Pathum Thani Province, Ban Ang Ed Community Forest Development Project in Chanthaburi Province, and Chaipattana-Thai Red Cross Village in Phang Nga Province.

- Social Business Section is the frame concept for projects with business investment for the optimum benefits such as Bhumirak Dhamachart Center in Nakhon Nayok Province. However, more projects are in the process of investment and development to become self-reliant in the near future, such as The Chaipattana Rice Mill in Ayutthaya Province, ML Bua Kitiyakorn 100th Anniversary Center in Nakhon Nayok Province, Vegetable Oil Refining and Bio-Diesel Integrated Production Plant in Prachuap Khirikhan Province. 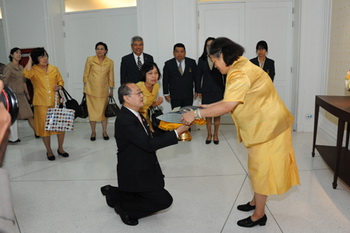 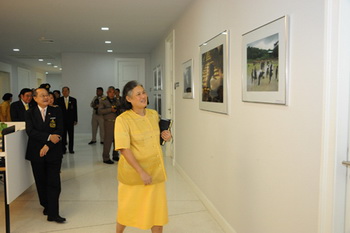 Every project of the Chaipattana Foundation’s operations and outcome is regularly measured and evaluated by Chulalongkorn University’s professors, academics and many specialized scholars to form up the standard for further efficient development. 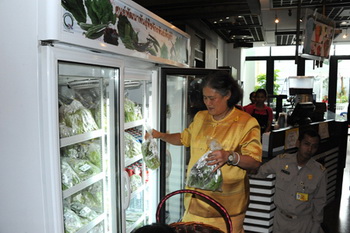 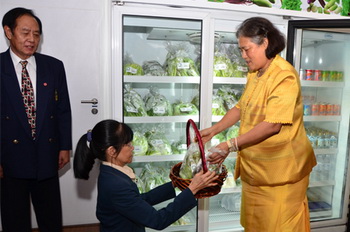 In 2012, Pat Pat has increased its selling channels in different reachable places such as in 5 Phu Fah shops  at Siam Discovery, Chamchuri Square, Ramathibodi Hospital, Paradise Park, and Jatujak Weekend Market. Available products ranging from Tea Oil, Herbal Ointment, and Dried Garlic, for example, are placed at every shops as well as the Royal Chitralada Project shop and the Sukhothai Hotel, where local fabric handcrafts are also available. 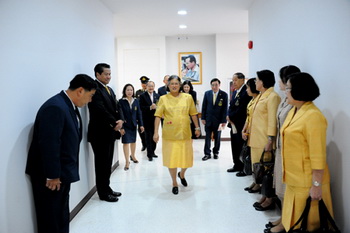 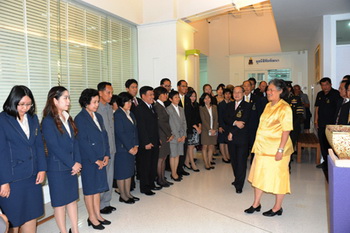 Pat Pat has supported the handcrafting of vetiver grass by 10 different communities across the country with the cooperation of PTT Public Company Limited, and has launched Pat Pat drinking water which is available in shops of the Chaipattana Foundation’s project as well as Chitralada School. Furthermore, Pat Pat has been invited to place its unique product in several exhibitions abroad such as in Thailand Grand Fair 2012 in Brunei Darussalam and in Lao People’s Democratic Republic in accordance to reach Thai communities in different countries and for them to truly understand the concepts of the Chaipattana Foundation’s work.