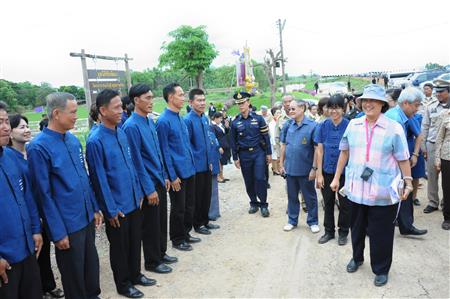 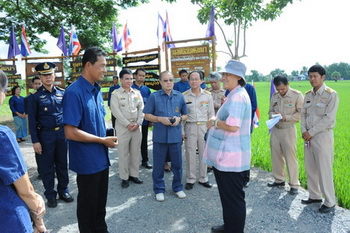 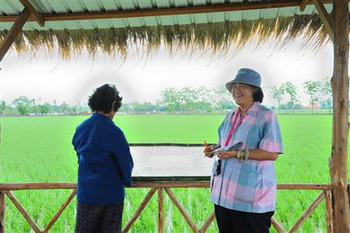 Her Royal Highness then visited the “Fight As One, Better As One” Project in Ban Mi district of Lopburi province that was established by the Chakrabandh Pensiri Plant Development Center to help locals prepare for repeated flood disasters.  A small rice mill together with a community granary were constructed and locals were taught to raise Chitralada tilapia and grow garden vegetables for food in emergency times. 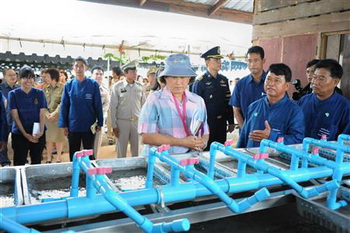 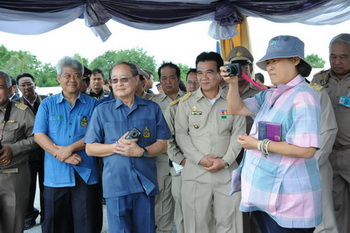 In the afternoon, Her Royal Highness traveled to the Khok Samrong Monkey Cheek Project in Khok Samrong district of Lopburi province to inspect construction progress. The Project was initiated by His Majesty the King where a donated piece of land was used to construct monkey cheeks with a maximum storage capacity of 430,000 m3 to help relieve possible floods and provide water for agricultural activities. 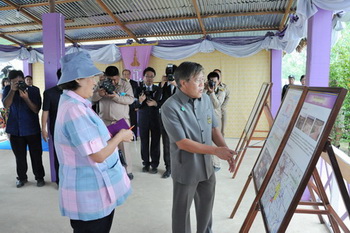 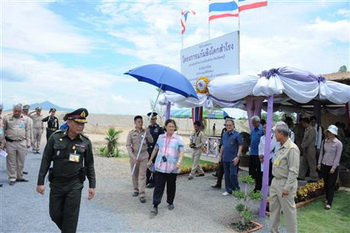 After that, Her Royal Highness presided over the opening ceremony of the Nong Samo Sai Monkey Cheek Project in Tha Wung district of Lopburi province. The Project was completed in 2009 with a maximum storage capacity of 1,052,000 m3 to help relieve possible floods and provide water for agricultural activities. Furthermore, surrounding areas were turned into rice drying fields and rice farming demonstration plots to educate farmers about production methods. As a result, satisfactory improvement in yields was reported. 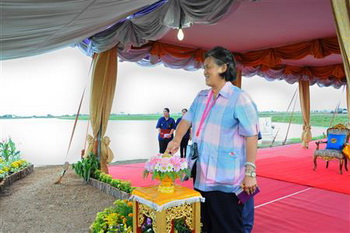 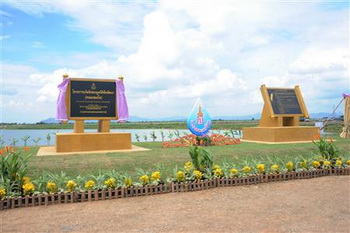