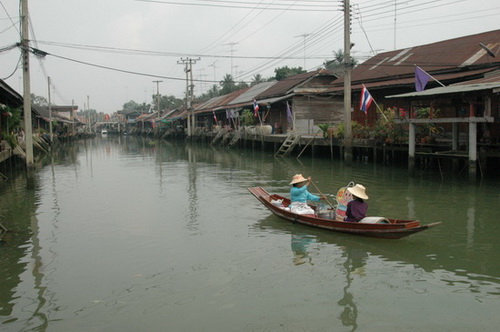 The beginning of the Rattanakosin Kingdom witnessed a bustling riparian community of Bangchang along the Ampawa canal, a small tributary of the Mae Klong River.  Known as the birth place of King Rama II of the House of Chakri, Bangchang was also famous for tasty fruits, seafood and handicrafts, and home to famous Thai artists. The Bangchang Market also served as a important center of commerce for the Mae Klong River Basin.  Later, the name Bangchang was replaced with Ampawa.