Living on the Canal

Living on the Canal 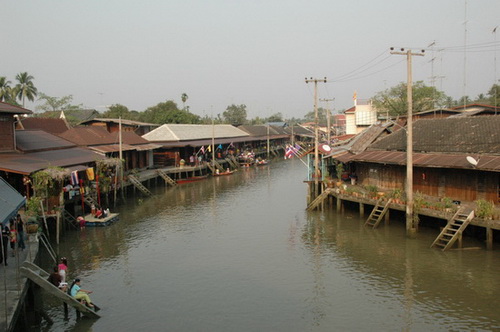 Local livelihoods of the Ampawa Community had been significantly influenced by the canal. Those dwelling in the northern part of the area made their living through high-grade orchards, and for those in the southern part, salt works and shrimp farms became their main sources of income. Together with local wisdom, they had led peaceful and content lives.

Ampawa houses were built with the fronts facing the canal, while various orchards occupied the backyards, reflecting the local architectural uniqueness. The houses were constructed in a row pattern with the same roof level. They were Thai-style wooden houses with roofs, without gables, made of tiles shaped like rhombus. The windows were made of wood and doors folded. There were landings and footpaths which connected the front of each house to facilitate communications. The farther areas were more rural with scattered Thai-style houses located next to the canal.

Facing the Future, Reviving the Past

As globalization swept across the globe, the beauty of the Ampawa riparian community, reflected in the serenity and the uniqueness of livelihoods, had been gradually invaded by modern capitalism and consumerism. Traditional art, culture, architecture, historical sites, and priceless way of life were commercialized and exploited. Concrete buildings and housing estates had intruded plentiful orchards, making the view unpleasant. The waterways became polluted, and the local floating market gradually became sluggish. In short, the bygone era of the Ampawa riparian community was in desperate need for restoration. 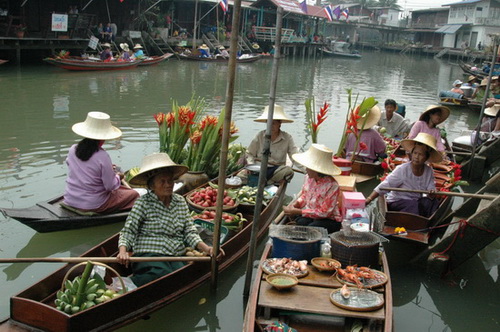 Because the charm and the remnants of the old era are the pride of local residents and have continued to attract visitors, a unity in action and spirit was created for cultural and environmental conservation. Later, the opportunity arrived for the Chaipattana Foundation to contribute to such purpose when a piece of land including wooden houses was donated to Her Royal Highness Princess Maha Chakri Sirindhorn by Miss Prayong Nakhawarang.  Her Royal Highness subsequently granted permission to the Chaipattana Foundation to utilize the land to benefit the Ampawa community. This led to the establishment of the Ampawa-Chaipattananurak Conservation Project.

Implemented by the Chaipattana Foundation, the Ampawa-Chaipattananurak Conservation Project has been developed in line with His Majesty the King’s Philosophy of Sufficiency Economy. It is aimed at restoring and conserving not only the architectural components but also the traditional ways of life against the backdrop of modern and western civilization. This cultural conservation project is considered as the returning to the basic of being self-reliant by producing enough crops for the people’s needs and embracing a sense of community based on generosity and harmony. 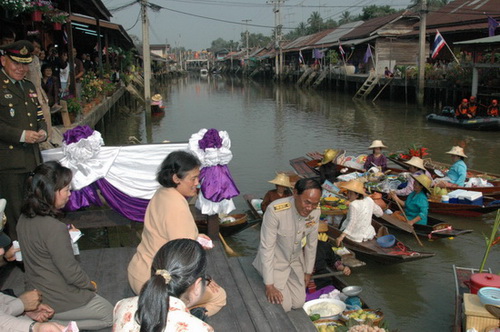