According to the royal initiative, the Kasornkasiwit School would serve as a training school for water buffalos to enable them to plough and work in agriculture. Training would also be offered to their owners and interested public who wish to obtain the skills in working with buffaloes for agriculture and knowledge for maintenance of buffaloes. In addition, the School would serve as a centre for general information concerning the folk and simplistic way of living in tune with His Majesty the King’s Philosophy of Self-Sufficiency. 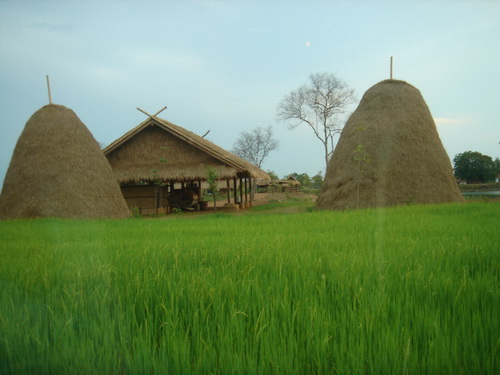 The Kasornkasiwit School has a pool of local experts who are the source of agricultural knowledge and willing to share their expertise with farmers and the general public keen on using buffaloes in agriculture. The aim of the buffaloes training course is to tame the animals and teach them to plough efficiently. For farmers, the school offers a course that will enable them to be familiar with and to instruct the buffaloes as well as to apply the equipments in ploughing and take good care of the animals. In addition, the farmers will be informed of the integrated planting of animal food and the concept of self-sufficiency. 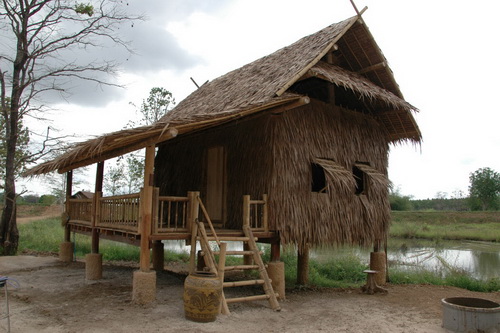 A space was developed into a living exhibition to display the paddy farming appliances from the ancient times, which were invented by Thai folk wisdom and have been used in actual agriculture within the School.

The Kasornkasivit School has a plot of land for growing rice at different timing to learn of the growing process. In addition to rice, other plants are integrated into the plot in order to optimize the land and fertilize the soil without the use of chemicals. 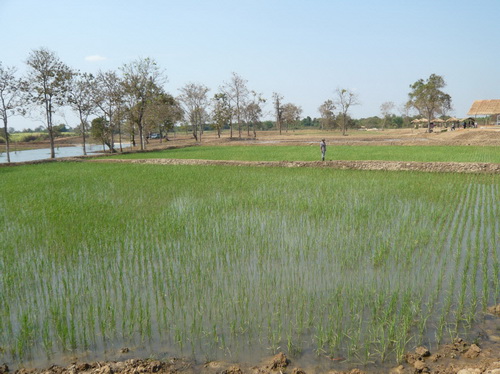 The Chaipattana Foundation had developed a lake area measuring approximately 12 rais to be located in front of the Kasornkasiwit School. On 10 March, 2009, Her Royal Highness Princess Maha Chakri Sirindhorn went to set free 9 varieties of Thai fish in the total of 905. Surrounding the lake are agricultural terraces used in vetiver grass farming to cultivate sloped land and prevent soil erosion. In addition to the vetiver grass, other plants have been grown, especially Moringa (Moringa oleifera or commonly known as Marum) and Calotropis gigantean (also commonly known as Crown flowers or Rak), which gave birth to the title Marum Rom Rak. 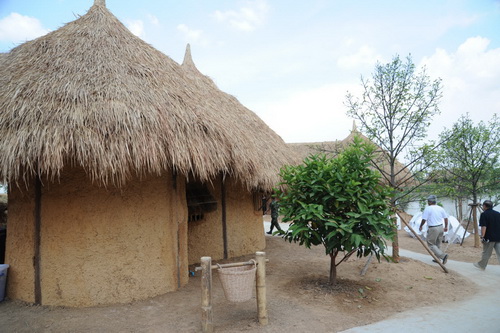 Her Royal Highness made a suggestion that the Kasornkasiwit School open the Kwai Kanong (Energized Buffaloes) Coffee Shop to serve coffee and other beverages and sell community products.