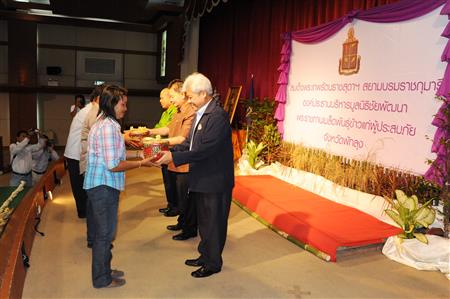 On May 1, 2013, Mr. Lalit Thanomsing, Assistant Secretary-General of the Chaipattana Foundation, presided over the distribution ceremony of rice seeds to farmers who were affected by pest epidemics and floods in February 2013 in Phatthalung province. 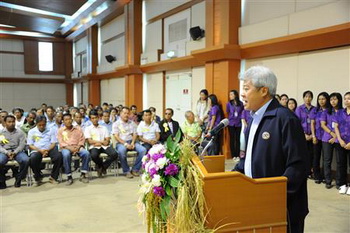 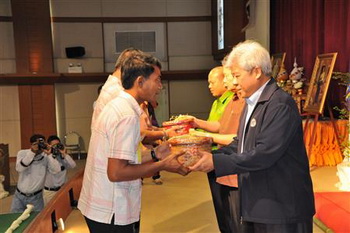 The ceremony was a result of Her Royal Highness Princess Maha Chakri Sirindhorn’s request for the Chaipattana Foundation to distribute Jolasid jasmine rice seeds to farmers in Phatthalung province. The selection of this particular seed was based on considerations for its suitability for planting in flood-affected areas, immunity to certain pests and diseases, and flexibility in terms of plantation periods. 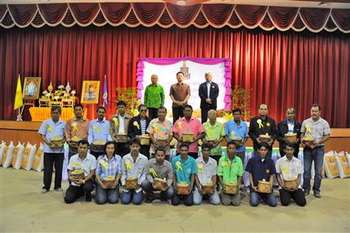 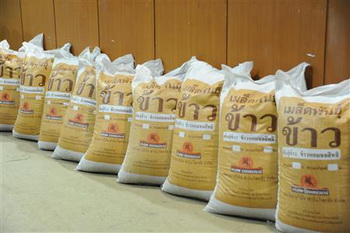