The Secretary-General Inspects the Progress of Agriculture Service and Development Center, Lao PDR 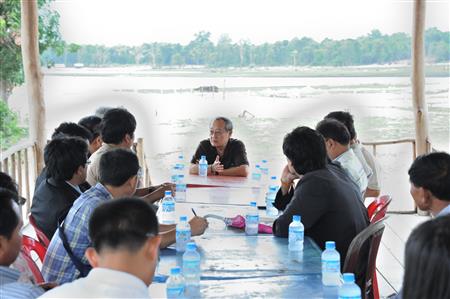 On May 7, 2013, Mr. Sumet Tantivejkul, Secretary-General, Mr. Lalit Thanomsing, Assistant Secretary-General, officers of the Chaipattana Foundation along with officials from other concerned agencies, traveled to the Agricultural Service and Development Center in Savannakhet province of Lao PDR, to inspect the Center’s progress. 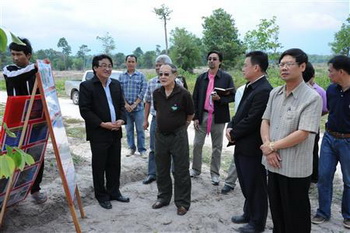 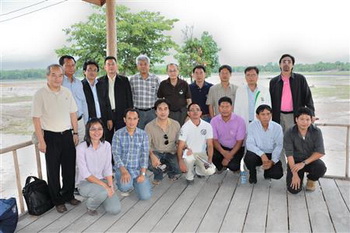 Satisfactory progress was noted, particularly in the areas of water resource improvement and construction of basic infrastructures and buildings to support the project’s operations. Project completion can be expected in late 2013.