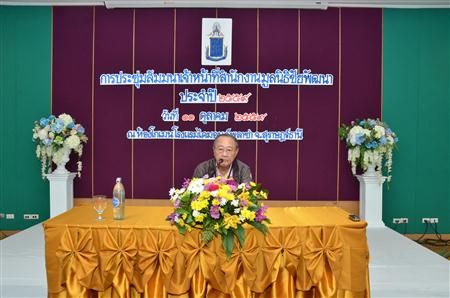 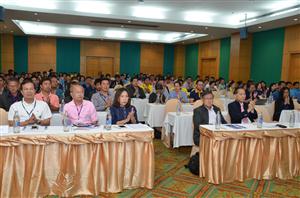 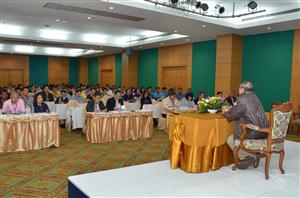 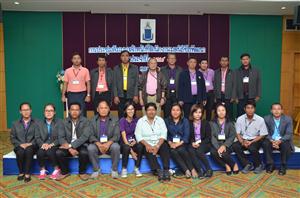 The Secretary-General of the Chaipattana Foundation has led a team of the New Agricultural Theorists, based on His Majesty the King Bhumibol Adulyadej’s royal initiative, to visit Mooban Thapcrist at Tambon Klong Cham, Phanom district, Surat Thani province. Later, the group traveled to listen to the sermon at Suan Mokkh Moklaphalaram garden, also known as Flowing Stream temple. The temple was founded by the Buddha Dharmasaka. Lastly, the group traveled to worship Phra Borommathat Chaiya Worawihan, the sacred relics of the Lord Buddha, which is considered as the landmark of Surat Thani Province. 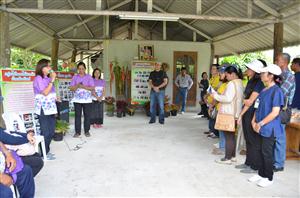 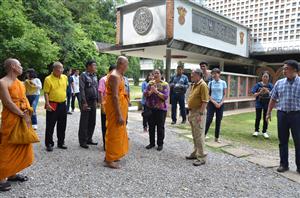 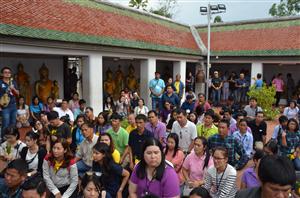