On 10 November, 2011, Her Royal Highness Princess Maha Chakri Sirindhorn went to the Chulachomklao Royal Military Academy in Nakhon Nayok Province to perform the traditional rice harvesting ceremony in a demonstration plot of the Royally-Initiated Project for Rice Cultivation on Vacant Land.

Since the royal rice planting ceremony chaired by Her Royal Highness in August this year, in which she planted the rice variety Gor Kor 31, the Rice Research Center in Pathum Thani province has nurtured the rice paddy in line with the ecological system.  Pests were controlled by growing other plants, which helped distract them away from the paddy, such as cucumber, gourd, eggplant, chili, and sweet basil.  These vegetables have been distributed to school canteens in its vicinity to prepare lunches for students. The harvested rice is to be distributed as the royal rice seeds to the flood victims in Central Thailand. 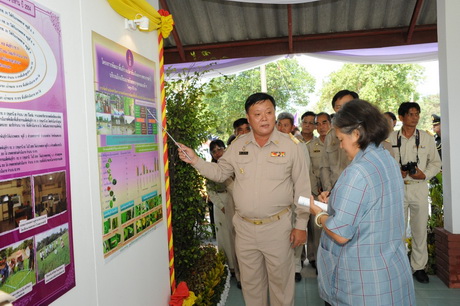 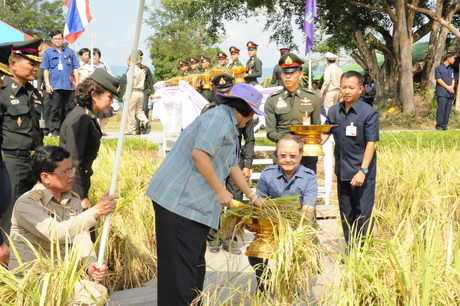 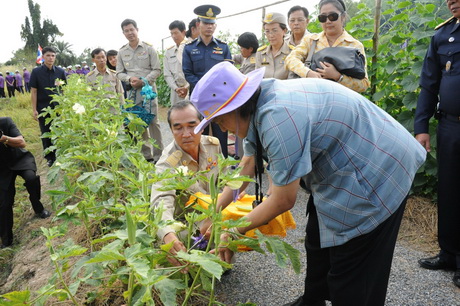