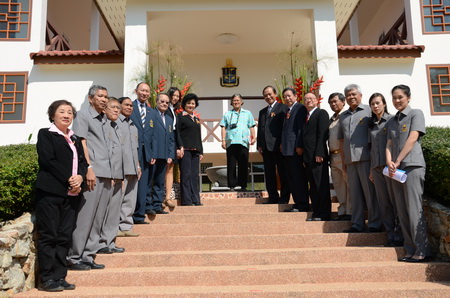 On January 23, 2013, H.R.H. Princess Maha Chakri Sirindhorn graciously visited Ban Pong Nam Ron School in Fang District of Chiang Mai Province to inspect the school’s progress. Ban Pong Nam Ron School has been assisted by the Chaipattana Foundation since it and nearby communities were struck by the severe flooding at the end of 2011. Apart from making cash donation, H.R.H. Princess also instructed the Foundation to organize training courses and donate vegetable seeds from the Chakrabandh Pensiri Center for Plant Development in Mae Sai District of Chiang Rai Province to help ease the victims’ suffering. 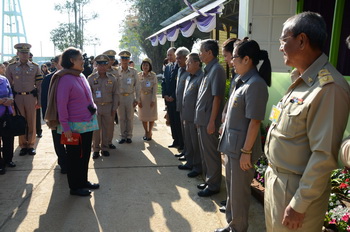 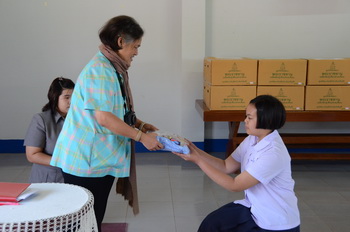 H.R.H. Princess Maha Chakri Sirindhorn then visited the Chaipattana Foundation – the People’s Republic of China collaboration project to be briefed on implementation progress. On this occasion, H.R.H. Princess granted an audience to the Department of Agriculture’s Director-General and the Food and Drug Administration’s representative to present H.R.H. Princess with certificates of quality assurance for the project’s strawberries, mushrooms and herbal tea. H.R.H. Princess also calligraphed the Chinese words for “For the Happiness of the People” on a cloth banner and presented it as gift to the project. 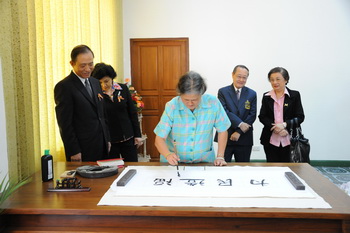 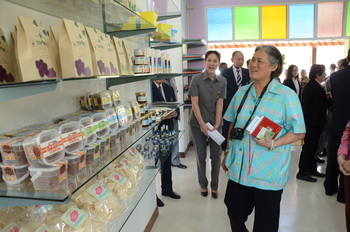