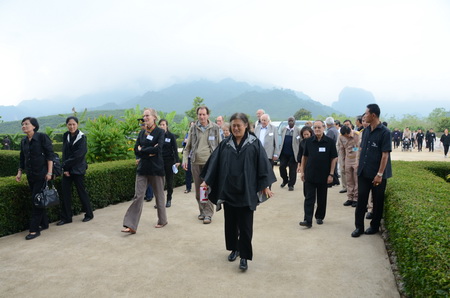 On October 27, 2013, Her Royal Highness Princess Maha Chakri Sirindhorn and members of the International Award Committee (IAC) of Prince Mahidol Award Foundation visited the Chaipattana Foundation’s projects in Chiang Rai province according to the following itineraries. 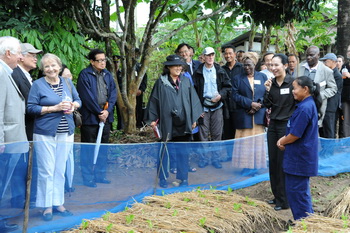 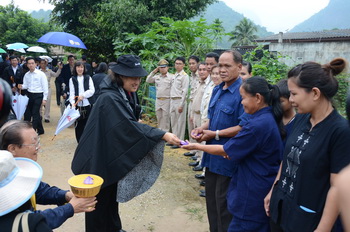 At 10:30, Her Royal Highness traveled to Mr. Somsi Jaisung’s house in Pong Ngam sub-district of Mae Sai district to inspect home-grown vegetables under the “Home of Love and Organic Vegetables” project under the operation of the Chakrabandh Pensiri Plant Development Center. Farmers who are part of the project are taught to manage their production, including crop planning, crop cultivation, and crop caring. As a result, farmers are able to grow vegetables for consumption all year round as well as sell any excess amount to the Center. The produce from the project is also GAP certified. 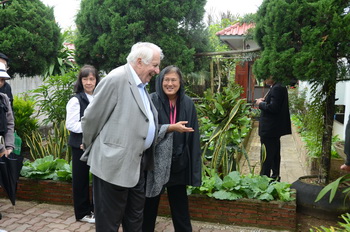 At 11:20, Her Royal Highness visited the Pong Ngam Sub-district Health Promoting Hospital which is one of the local government offices that participate in the “Home of Love and Organic Vegetables” project. Plant seeds and seedlings from the Chakrabandh Pensiri Plant Development Center are grown inside the Pong Ngam Sub-district Health Promoting Hospital and visiting patients are allowed to freely collect the vegetables to take home for consumption. 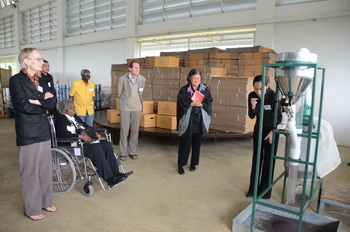 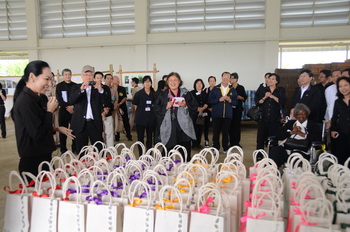 At 12:00, Her Royal Highness then traveled to the Chakrabandh Pensiri Plant Development Center to inspect the project’s operation. The Center was established to commemorate the 100th birthday anniversary of His Highness Prince Chakrabandh Pensiri, a distinguished scholar in agriculture, with an aim to produce and store plant seeds for subsequent distribution to farmers in case of immediate natural disasters. 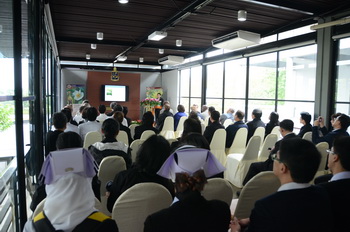 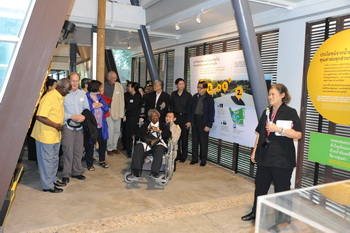 At 14:15, Her Royal Highness visited the Tea Oil and Plant Oils Development Center to inspect the project’s exhibition and operation. A briefing about this royal initiative and the project’s overview was also given. Then, prior to departure, Her Royal Highness went to the “Malet Cha” Shop to graciously present souvenirs to members of the International Award Committee. 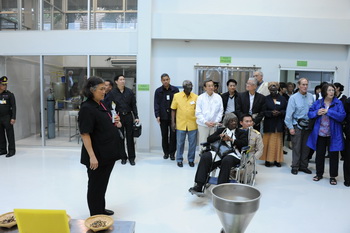 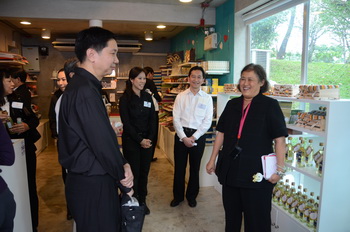