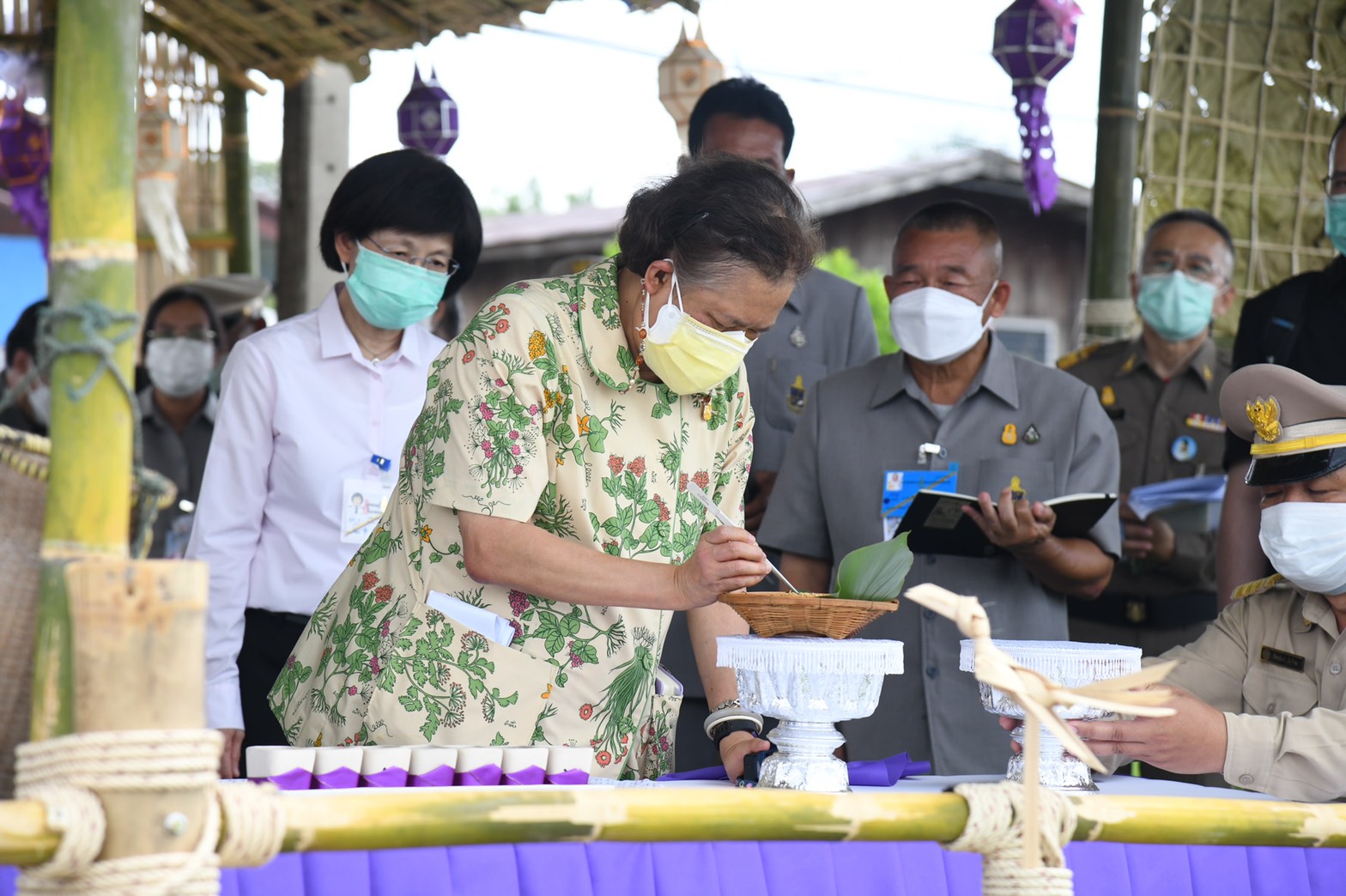 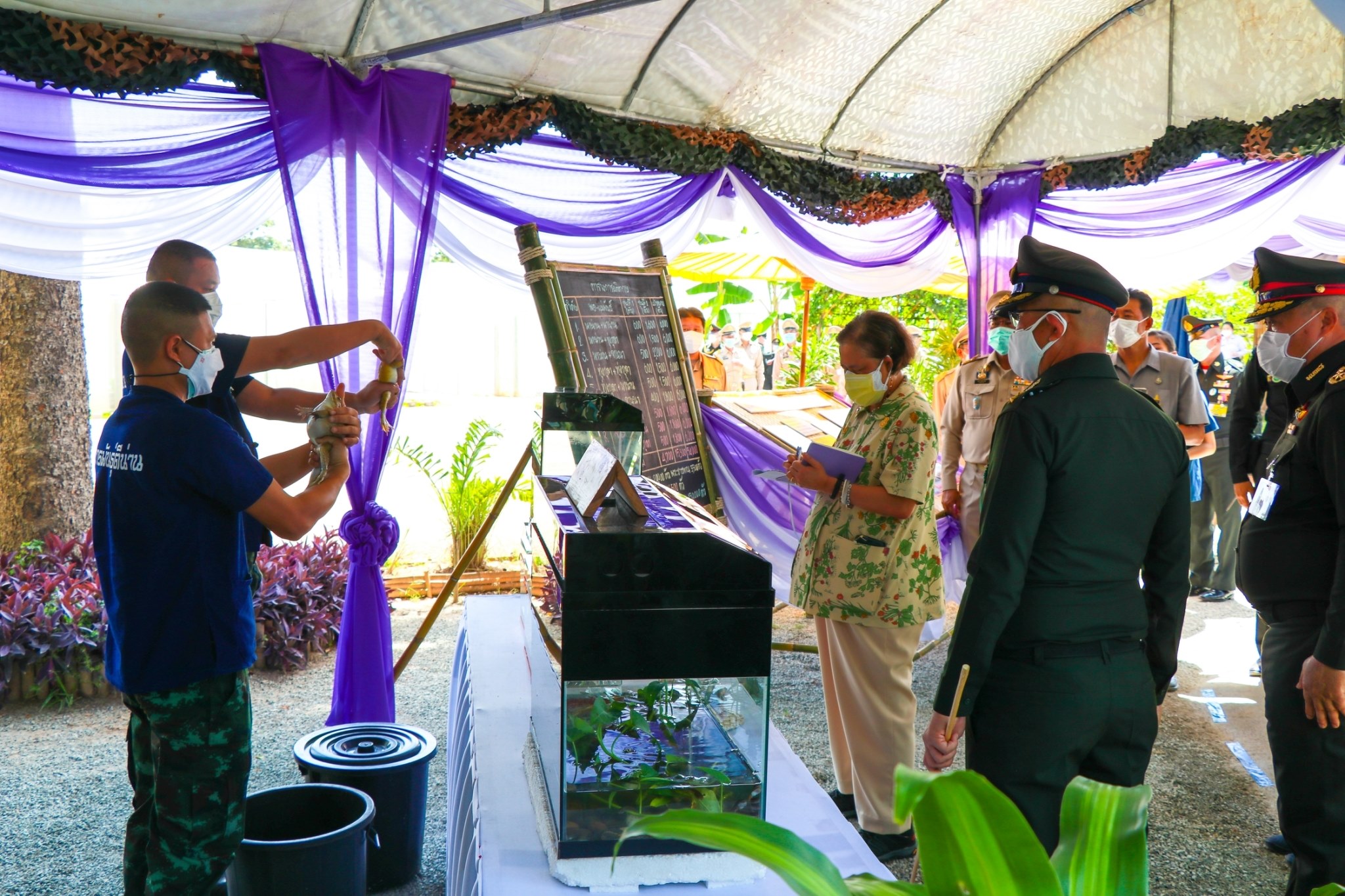 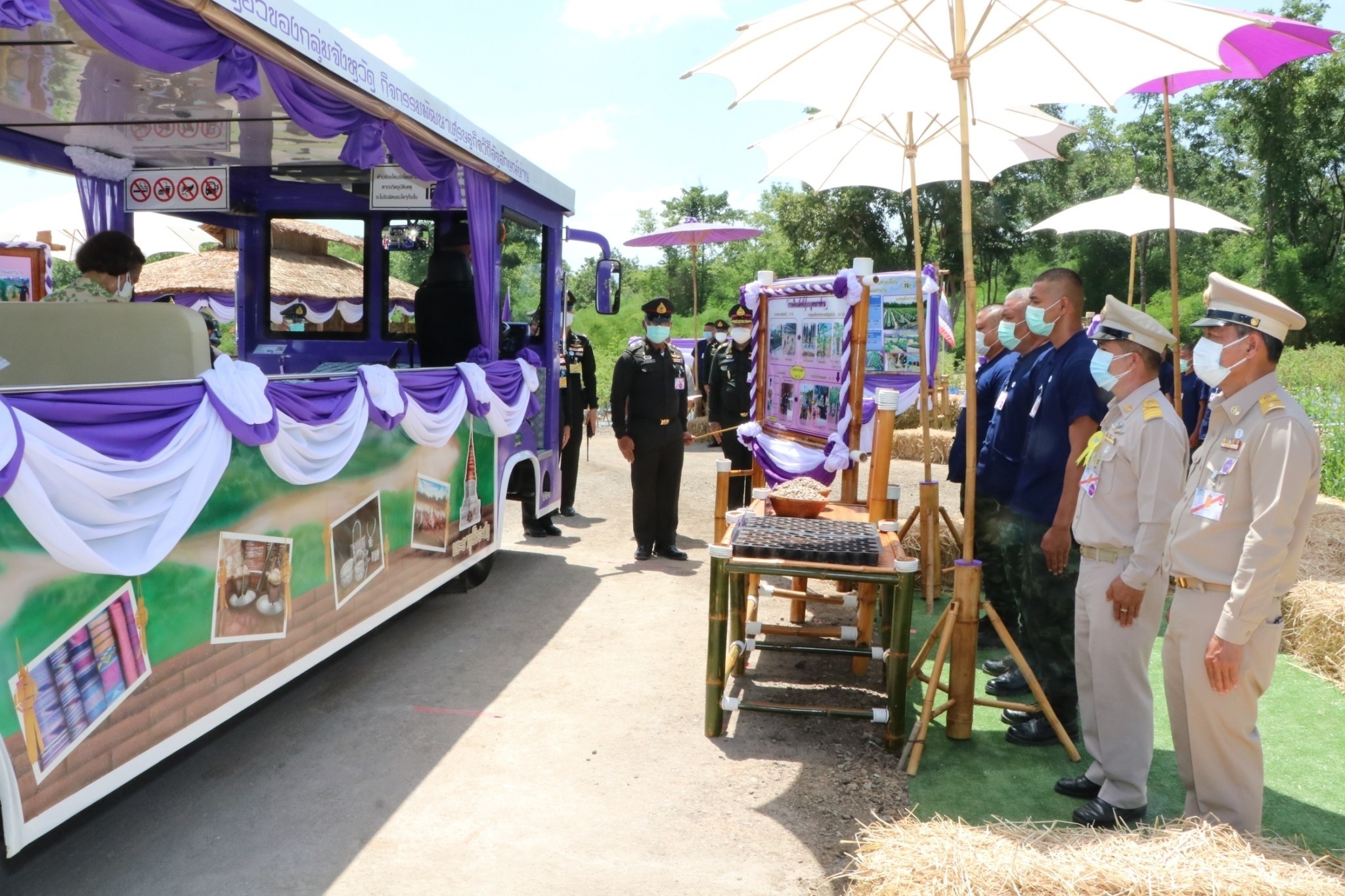 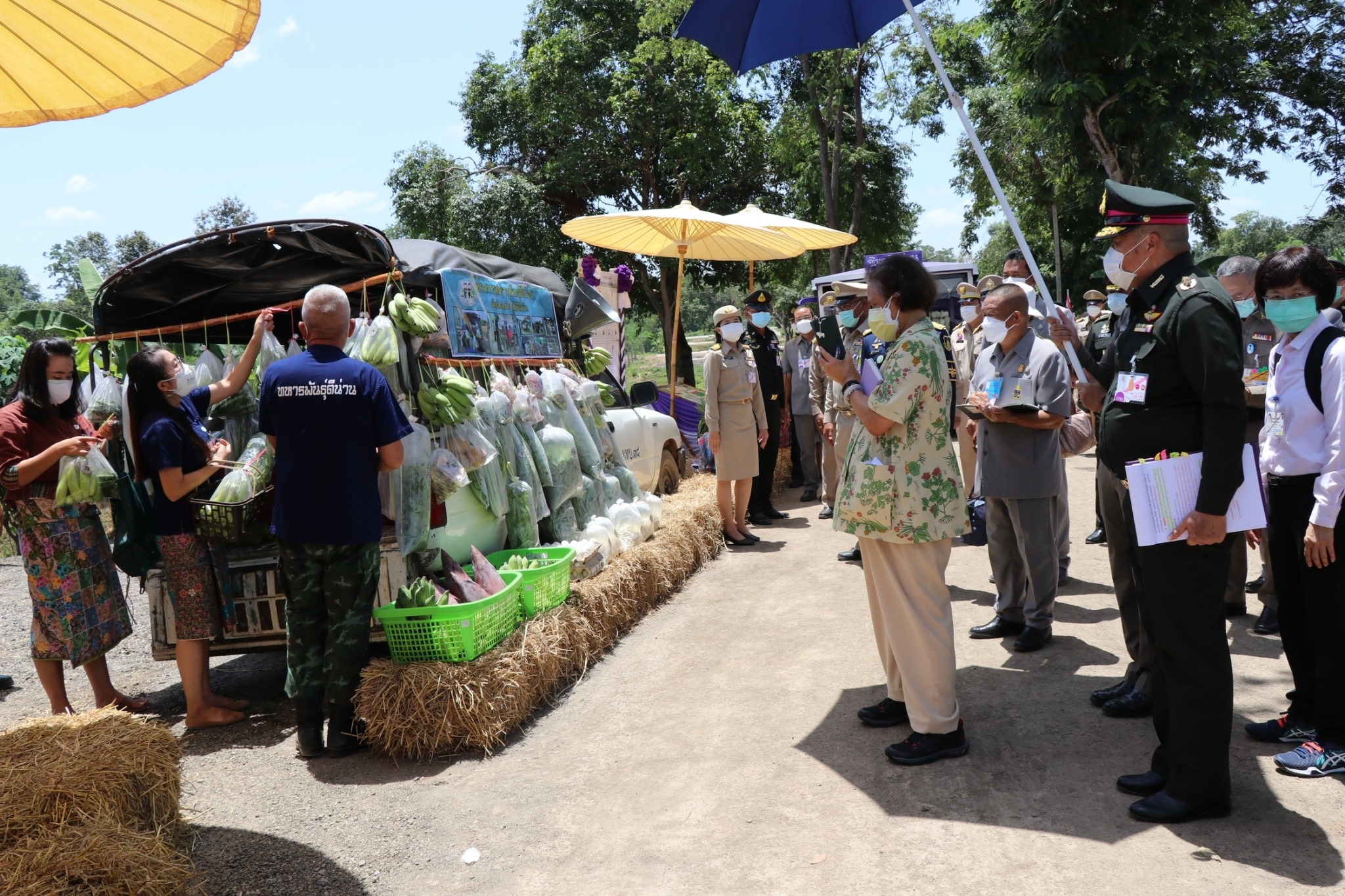 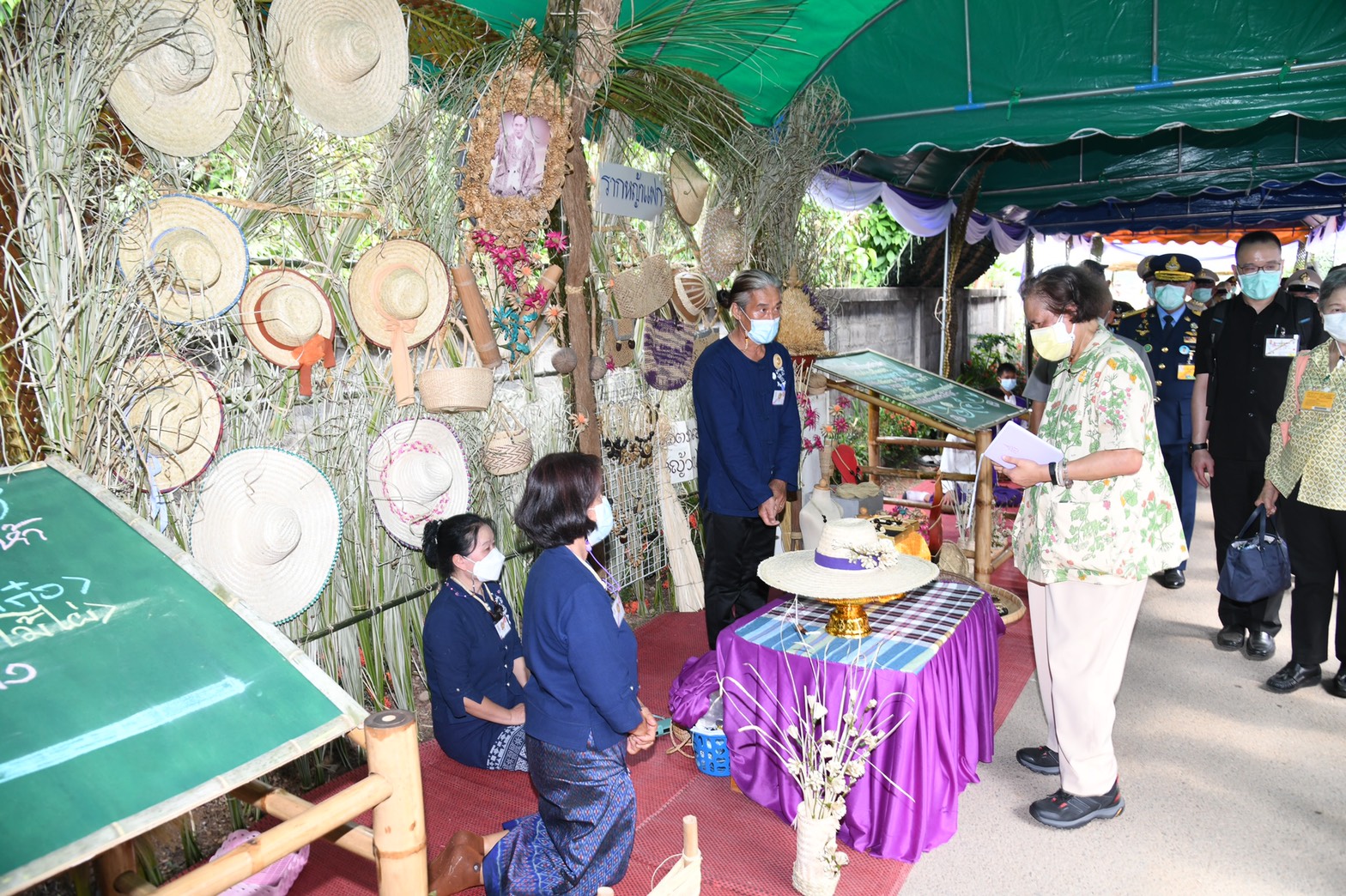 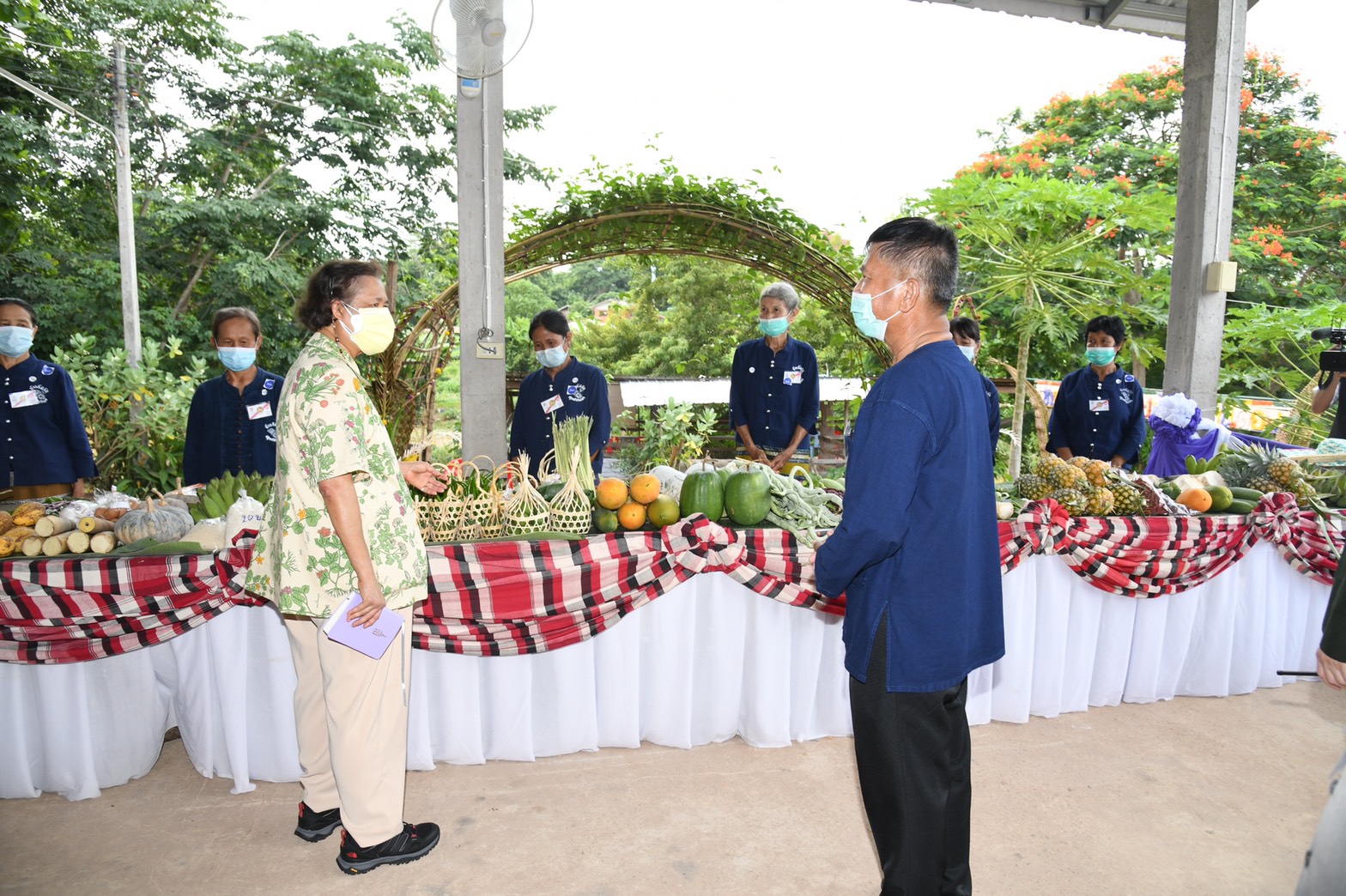 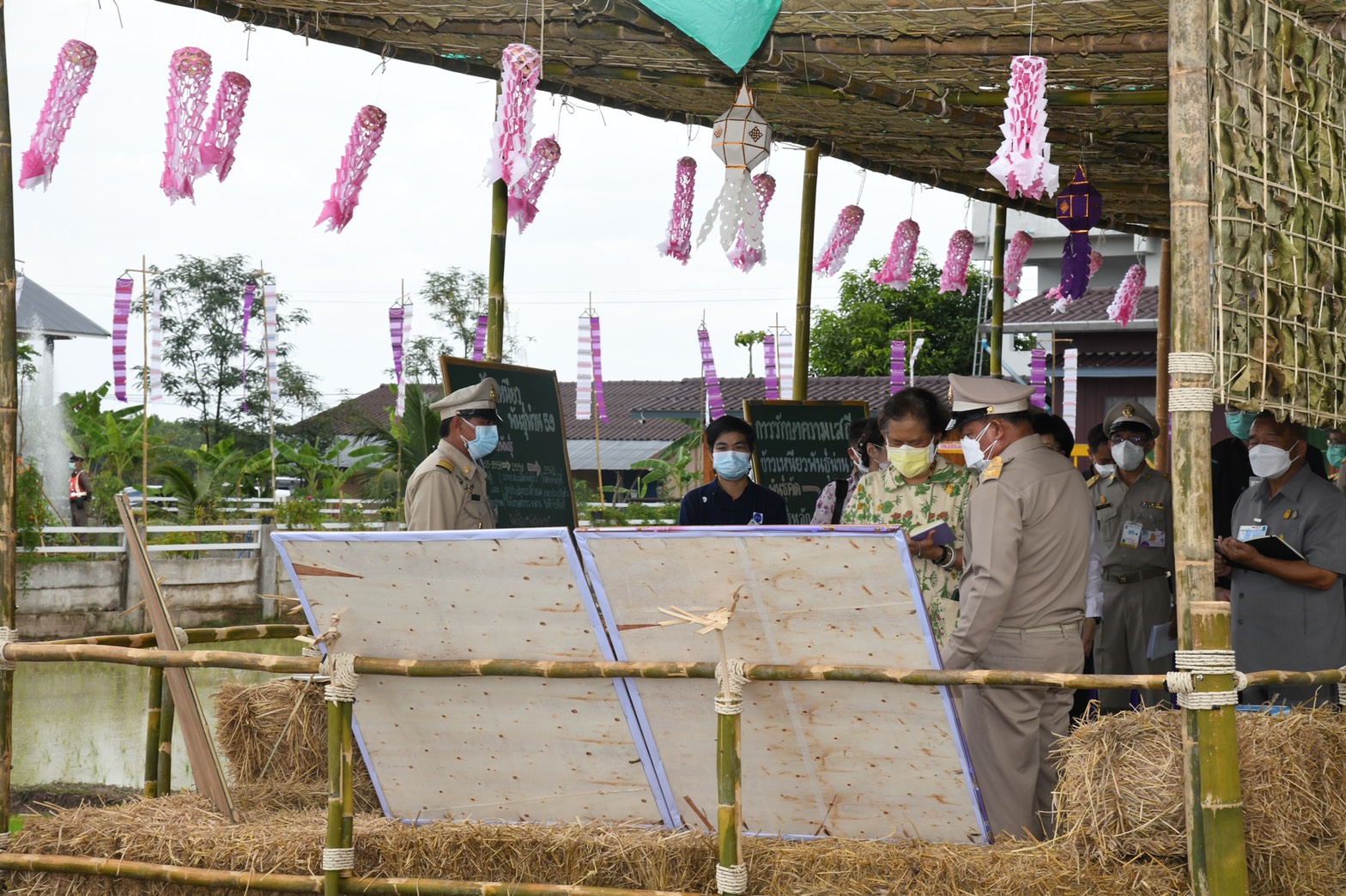 Moreover, the military officers there have joined the project “Chumchon Bergbarn Aharn Plod Pai (Happy community, Healthy Food)”, by distributing the royally-granted seedlings to people in the community, in remote area, and in border villages, while encouraging them to grow vegetables for household consumption. 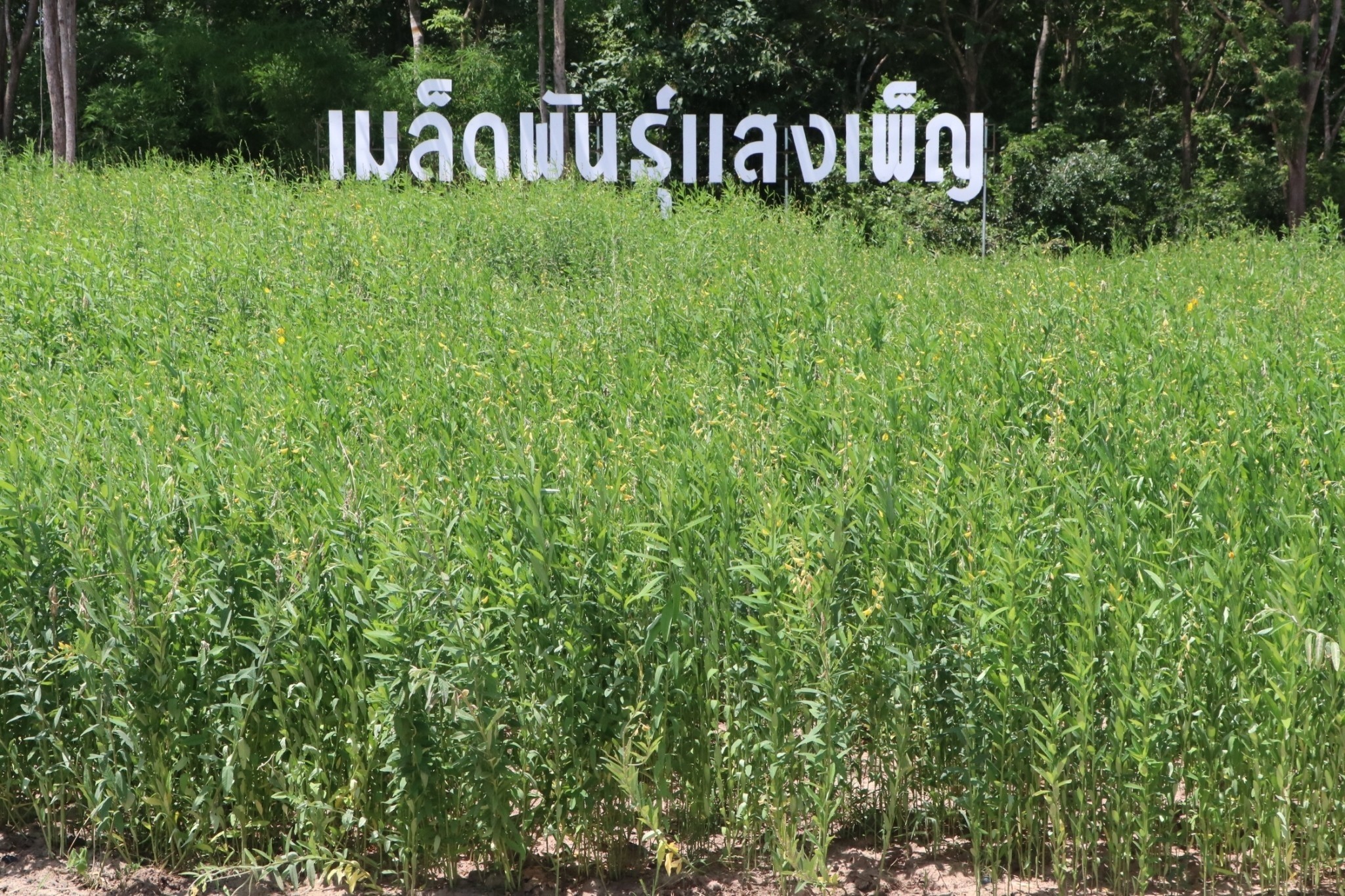 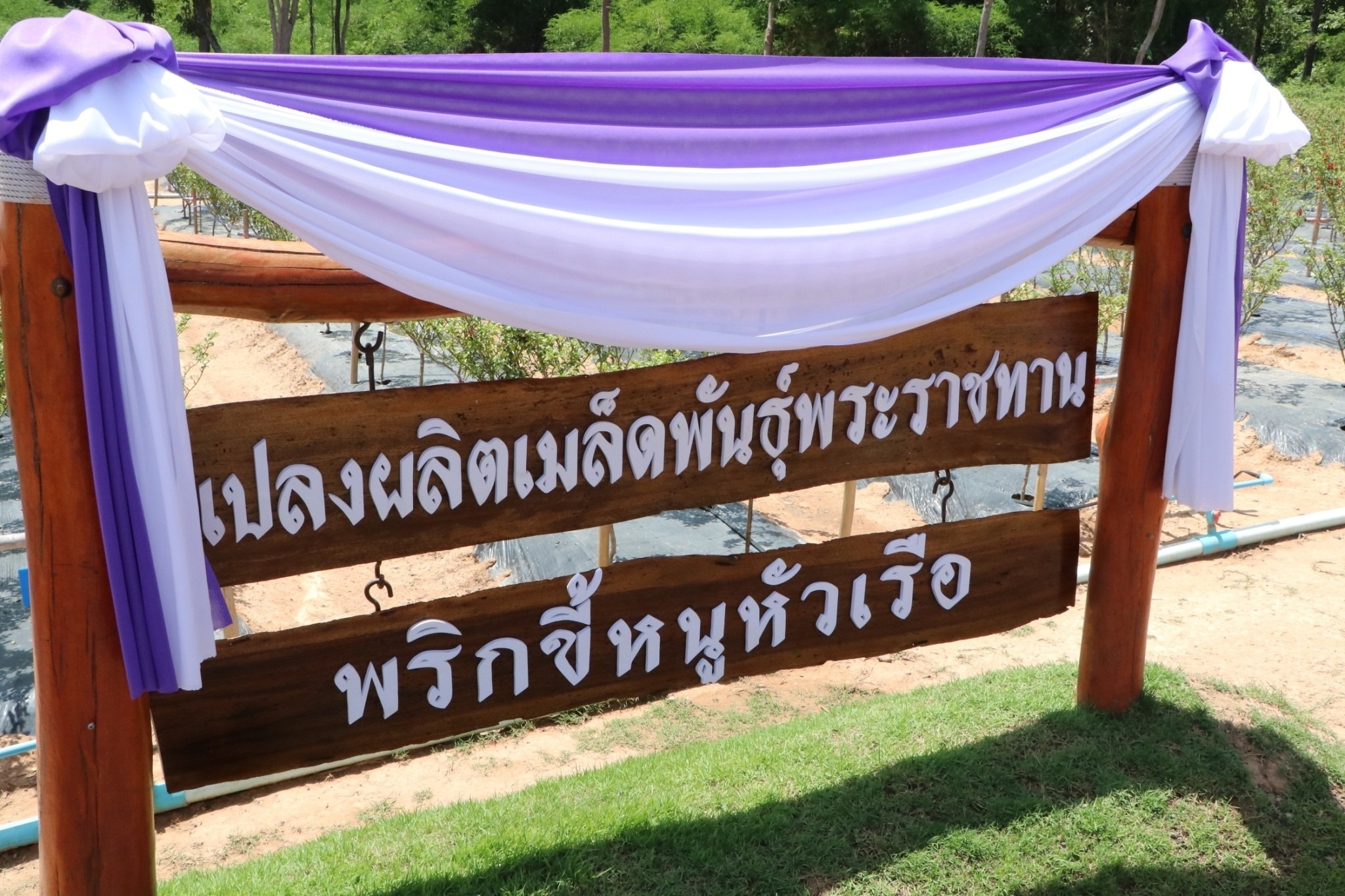 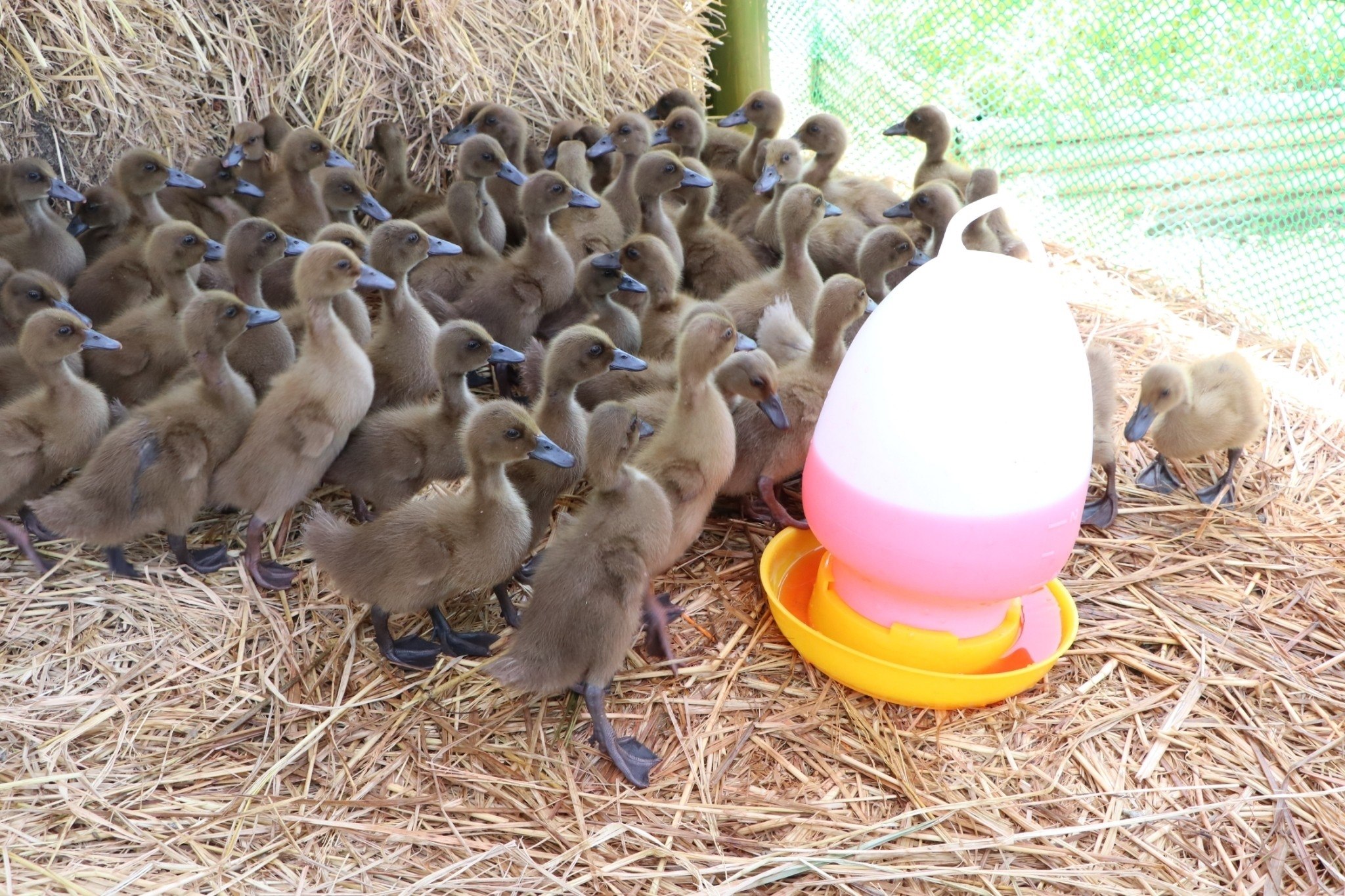 After that, Her Royal Highness proceeded to observe the Project “Ban Nee Mee Rak Plook Pak Kin Aeng” (grow vegetable for your own consumption), Teum Tong Sub-district, Mueang Nan District. There are 271 households joining this Project. The objective of this Project is to create networking in growing safe vegetables for household consumption and the surplus could be sold and shared with neighbors.

In addition, Teum Tong Community also opened up the area to sell agricultural products to the people who join “Ban Nee Mee Rak Plook Pak Kin Aeng” (grow vegetable for your own consumption) and nearby villages. The glutinous rice plot “Nan 59” was also set up. The Bangpakong layer ducks are raised and their eggs are used for consumption. This Project is expected to create food stability and security in community. 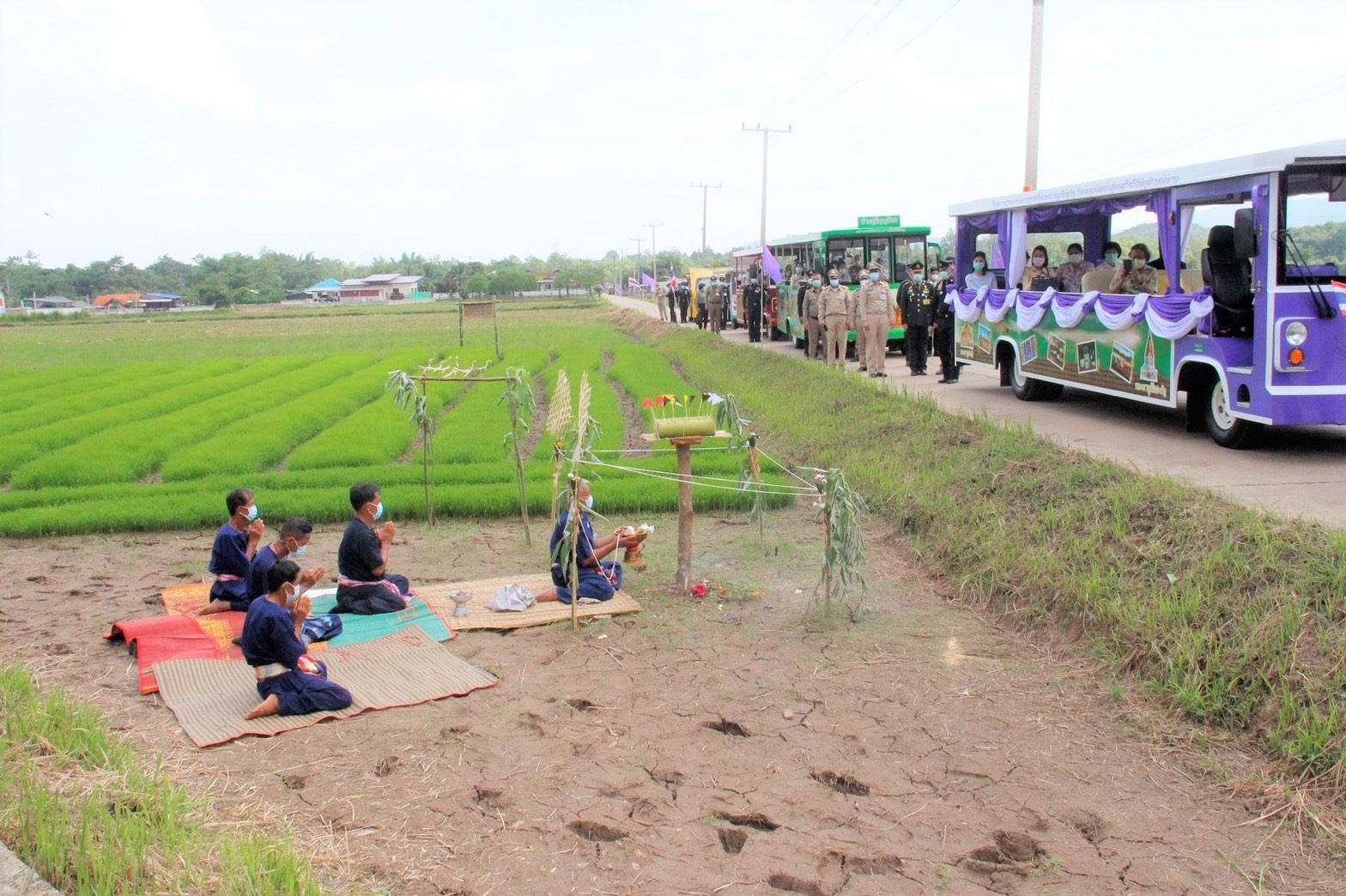 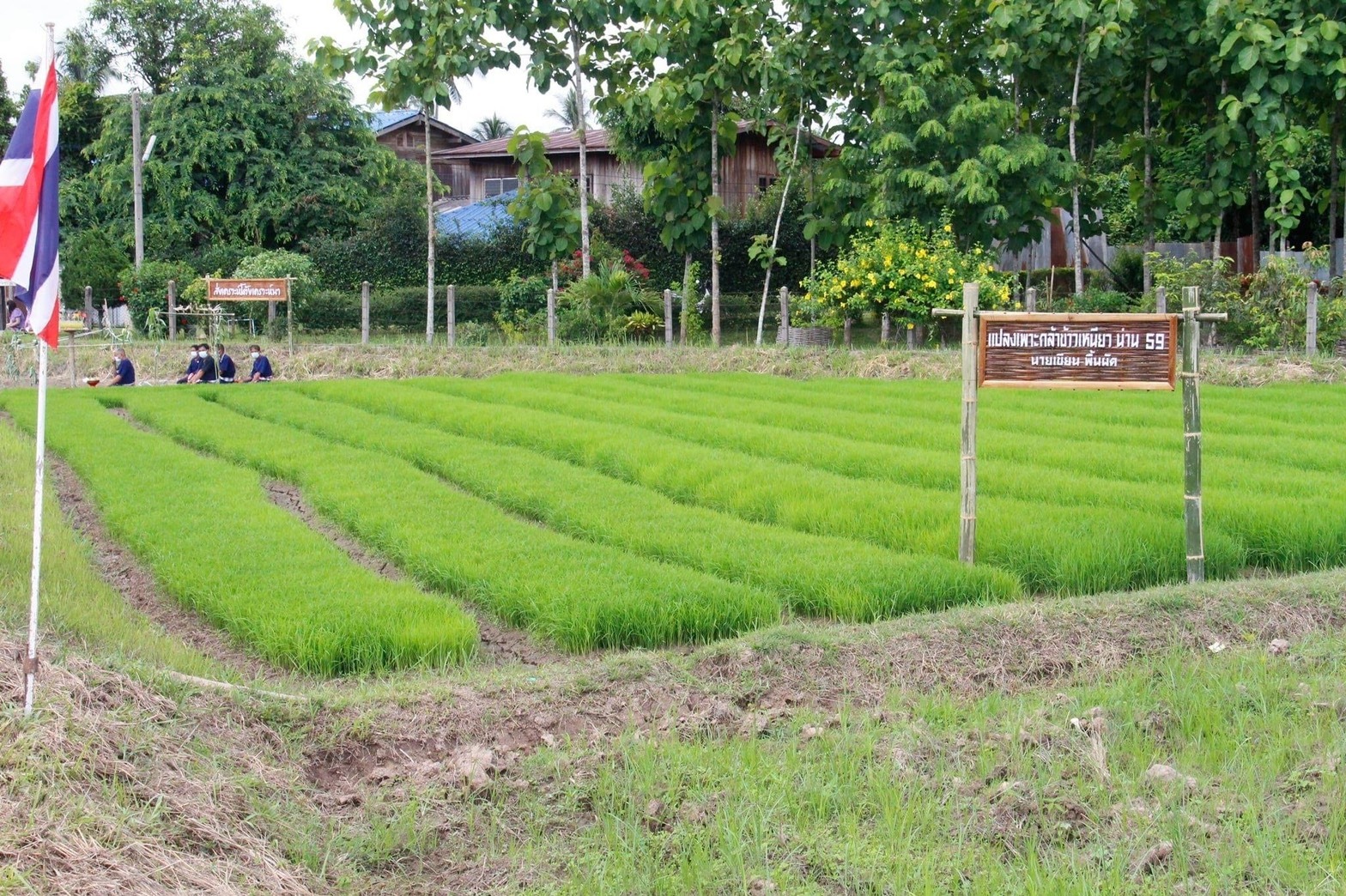