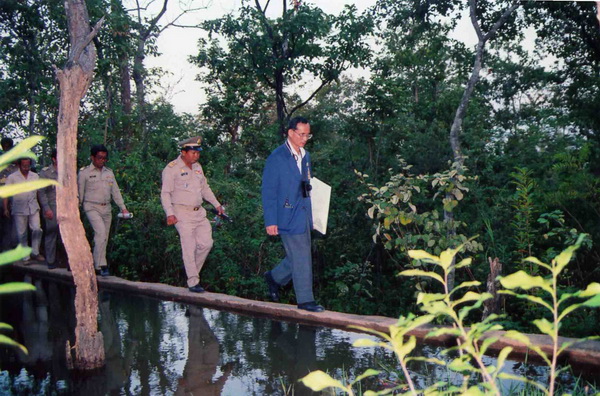 “Trees should be planted first in the hearts of the people. Then the people will plant trees on the land and nurture them.”

Alarmed by Thailand’s dwindling forest cover, His Majesty the King searched for sustainable, simple, and cost-saving methods to increase the size of the country’s first area by supporting the natural cycle of the forest. He offered several ideas in this regard as follows:

His Majesty pointed out that fertile forest would grow itself if the area has been left untarnished.

His Majesty suggested that spermatophytes planted on the highest locations. He reasoned that their seeds would float down and germinate in lower areas when they became mature. The trees would therefore be naturally propagated.

His Majesty recommended that reforestation be conducted according to geographical and environmental conditions.

3.1  Forests should be grown on hilltops as degraded forests at higher altitudes affect basins downstream. Trees with seed pods should be planted so  that natural regeneration occurs downhill through to the bottom of the hill.

3.2  Forests should be grown in areas around or above reservoirs where periods of humidity are too short.

3.3  Forests should be grown to develop watersheds and water sources to ensure clean and lasting water.

Forests should be grown to help increase the income of villagers in the area. Local people should be included in the process of planting and tending the trees. This builds up in them an awareness of the importance of reforestation. 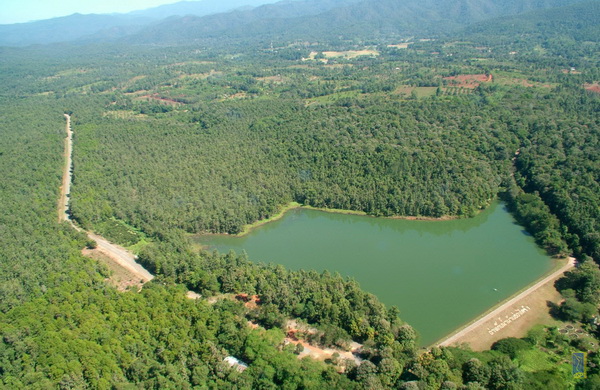 His Majesty advised growing mixed forests. This combines agro-forestry and socio-economic considerations into a comprehensive approach to afforestation. In other words, forests should be divided into three parts to grow timber, fruits and firewood. These are the forests which also offer great three benefits to the people. The fourth benefit as the by-product of the Three Forests is the conservation of soil and watersheds.

“For afforestation to yield benefits allowing the people to stay on the lands, three-type forests should be grown for four uses: lumber, edible products, and commercial timber; and by supporting irrigation, promoting water absorption, filling bare patches on the banks of water channels and receiving rainwater, the fourth benefit is soil and water conservation.”

His Majesty on his concept of Three Forest, Four Benefits

To prevent forest fires, His Majesty initiated the simplest principles which have yielded effective results. When a forest fire occurs, the conventional approach is to extinguish the fire as quickly as possible. However, a systematic and long-term approach to forest fire prevention remained unattainable.

5.1  Set up a forest-fire prevention system using irrigation canals along which are grown various types of vegetation.

5.3  Plant fast growing trees over water channels so that moisture can spread out on both sides, allowing trees to flourish and preventing forest fires, which occur easily in the absence of moisture.

5.4  Build check damns across water channels or steams at intervals to retain some water and silt. The water seeps into the earth and spreads out, turning both banks into a Wet Forest. Pump water up to the highest possible level, then release the water in a trickle so that it seeps into the earth, helping forest growth at high altitudes. This helps turn a Forest Mountain into a Wet Forest, which can prevent forest fires.

5.5  Grow banana trees in the two-metre wide strips designated as areas to be kept clear of trees. When a forest fire encounters the banana trees, which contain more water than other plants, water loss, will be reduced.

The idea of wet firebreak is a simple and very effective method to apply for forest conservation and rehabilitation. It is based on the provision of humidity to promote a wet forest, which deters forest fire.

A Check Dam is an obstruction built across a water course. Normally, a check dam blocks small streams in watershed or steeply sloping areas. Check dams reduce the velocity of water flow and collect silt, preventing it from flowing downstream. In all, they are effective soil and water conservation instruments.

His Majesty classified check dams into two categories, one which provides and maintains moisture, and the other which prevents sand from flowing into the main reservoirs. In other words, the first type is a watershed dam, or moisture-retaining dam, while the second type is a silt-collecting dam. 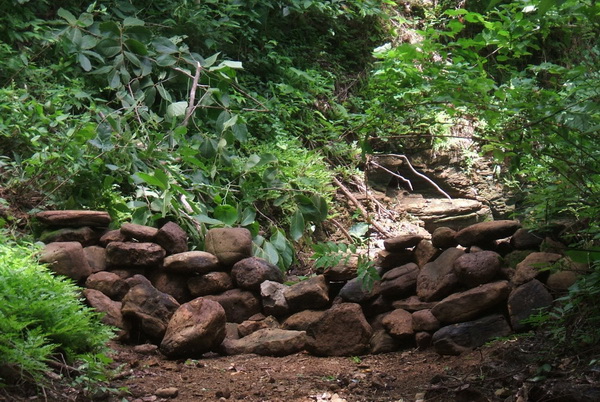 Check dams recommended by His Majesty

6.1  Basic Local-Style Check Dam: built with natural materials readily available, such as branches and trunks of fallen trees held in place by rocks of various sizes from the stream. This simple check dam should be built in the upper reaches of the stream. Such dams effectively trap silt, slow down water flow, and increase moisture in the surrounding area.

6.2  Semi-permanent Rock Check Dams: Rocks are laid in rows to form a wall in the middle or lower area of the stream or channel to trap silt and store some water during the dry season.

6.3  Permanent Ferro-Concrete Check Dams: This structure is mostly constructed towards the end of the water channel or stream. It is very effective in trapping silt and storing water during the dry season.

Due to his awareness of the ecological benefits of mangrove forests as well as the increasing encroachment, His Majesty sought ways to protect, conserve and expand them. Specifically, he requested that experimental study on the propagation of mangrove species be conducted. 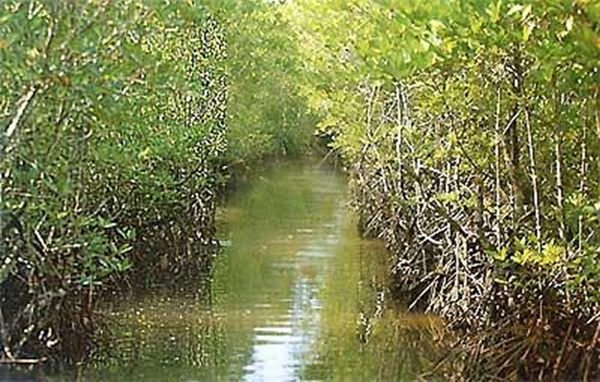 The project to develop and rehabilitate mangrove forests with target areas in Songkhla and Pattani provinces is the outcome of His Majesty’s and Her Royal Highness the late Princess Mother’s joint initiative. Determined to rehabilitate the environment and to ensure the sustainability of natural resources, they initiated together a reforestation project as a gift to the people on the occasion of the 50th Anniversary of His Majesty’s Accession to the Throne. On 16 July 1993, both His Majesty and the late Princess Mother asked MR Disnadda Diskul, Secretary-General of the Mae Fah Luang Foundation, and Dr. Sumet Tantivejkul, Secretary-General of the Chaipattana Foundation, to oversee the implementation of the project.