Besides occupational development to generate and increase household income, which in turn contributes to macro-economic growth of the country, all royal development projects include the components that will enhance social development and better improve the people’s quality of life. This is based on an important royal principle that places the emphasis upon local participation in the implementation of the projects. His Majesty termed this principle explosion from within. The people whose lives and communities will be incorporated into the royal projects and activities are encouraged to participate in the planning and the implementation. 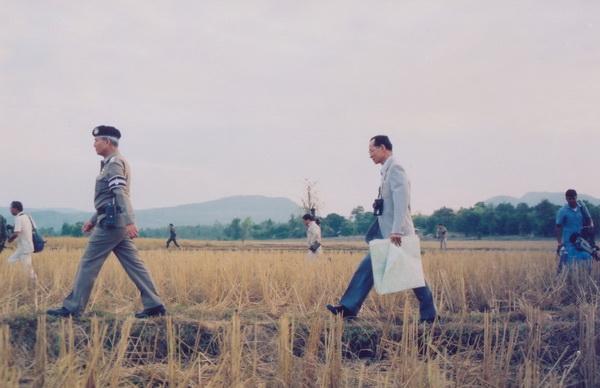 Analysis of royal development projects clearly demonstrates that His Majesty had used Public Hearings for decades, long before the practice became widespread. His methodology is simple and straight-forward. He discussed the project and the expected results with the people before asking if they would be willing to adopt the project and, if so, he invited all relevant parties to negotiate and come to agreement among themselves regarding the implementation. When unanimous agreement is reached, local representatives as well as government officials would be summoned to acknowledge the agreement. They would also be asked to take initial steps required, such as settling problems of land ownership. Then His Majesty would bring in the concerned agencies to manage the administrative and technical matters of the implementation until the project is completed.