To enhance and share knowledge and expertise, the Chaipattana Foundation welcomes opportunities to collaborate internationally. Currently, the key focus of the international collaborations is agriculture and education. 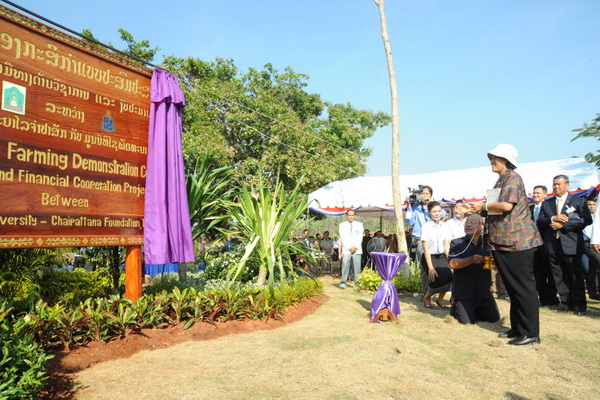 Launched in 2005 as initiated by Her Royal Highness Princess Maha Chakri Sirindhorn, the Project serves to provide academic assistance in the areas of agriculture to the Champasak University. The demonstration plot has been set up within the University to facilitate agricultural experimental study and be a learning center for scholars, students and the general public. In February, 2010, Her Royal Highness went to preside over the opening ceremony of the Project. 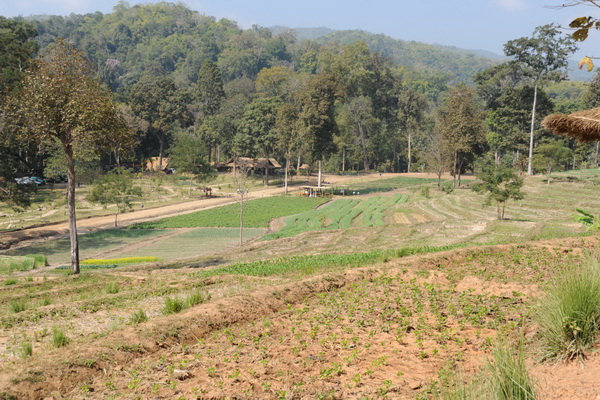 During her official visit to the People's Republic of China in 2006, Her Royal Highness Princess Maha Chakri Sirindhorn graciously acknowledged a willingness expressed by Chinese Deputy Prime Minister Hui Liang Yu to support a royally-initiated project. Subsequently, Her Royal Highness granted permission to the Chaipattana Foundation to implement a collaborative project with People's Republic of China, with the purpose of sharing agricultural knowledge and technology and improving agricultural productivity. The collaboration would also serve to commemorate His Majesty the King’s 80th Birthday in 2007 as well as enhance the Thai-Chinese relationship.

The Project was established on state property in Fang District of Chiang Mai province, and was provided with necessary infrastructure, machines, personnel, as well as other support in technology and input factors.

The project implementation has largely involved technological exchange and agricultural development for winter crops and highland rice. Training and exchange programs for farmers and students have also been organized. 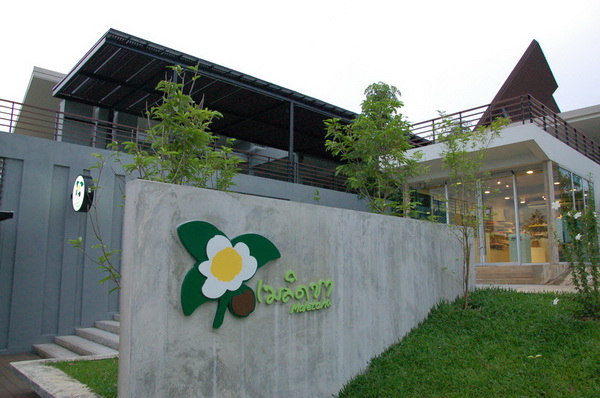 Due to her frequent official visits to the People's Republic of China, Her Royal Highness Princess Maha Chakri Sirindhorn had observed the extensive use of tea oil among the locals when cooking. Importantly, the tea oil offers health benefits and immunity against several diseases.

In 2005, Her Royal Highness granted an initiative to the Chaipattana Foundation to conduct an experimental study on ‘Camellia Oleifera’ tea trees from the People's Republic of China to seek methods for tea oil production to support domestic consumption.  To serve this purpose, Her Royal Highness kindly bestowed a large area of 3,600 rai (approximately 1,423 acres) within the Doi Tung Development Project of the Mae Fah Luang Foundation under Royal Patronage and its vicinity as the planting area.  She is very keen on following the progress of the growth of the oil tea trees and travels to observe the area planted every year.

In 2010 Her Royal Highness granted permission to the Chaipattana Foundation to establish the Tea Oil Camellia and Oil Crops Development Center.  Her Royal Highness went to preside over the opening ceremony which took place in February 2011.  The Center has incorporated a production plant for oil extraction and bottle filling.

The People's Republic of China has provided the Center with agricultural technology to support the tea oil cultivation.  This tea oil development is considered an innovation since it had never taken place in Thailand; only imported tea oil products have been available for sale.  China is also willing to share its new technology for cool-season plant cultivation with Thailand.

The memorandum of collaboration on an educational project between the Chaipattana Foundation and the State of Kedah of Malaysia was signed in 2009, following an initiative granted by Her Royal Highness Princess Maha Chakri Sirindhorn to the Chaipattana Foundation to provide educational assistance for Tsunami-affected schools in Satun province in the South of Thailand.  The Chaipattana-Kedah Educational Project serves to facilitate and cultivate educational exchange between students and teachers in Satun province and the State of Kedah of Malaysia.  Thus far, student exchange programs between 7 schools in Satun and Seri Negeri Primary School and Kabangsaan Tunku Putra School in Malaysia have been carried out.  Apart from cultural exchange, the programs are focused on academic improvement in the subjects of science, mathematics and English.