The severe flooding in Bangkok and its vicinity in 1995 had caused great damage to the whole nation and led to several royal initiatives to resolve and prevent the problem. The Chaipattana Foundation has played a vital role in facilitating and implementing His Majesty the King’s initiatives concerning water management.

This reservoir was constructed on the area of 2,800 rai (1,120 acres) to collect the water from the upper part of the low plain region. Apart from preventing flooding problems in Bangkok, the reservoir was intended to provide local residents with water supply for consumption and agriculture in the dry season.

Due to the pressure of an expanding population and the forces of trade-oriented capitalism, Thailand’s forests have been rapidly depleted.  Therefore, in addition to water management, the Chaipattana Foundation has also implemented several projects which reflect the emphasis upon the value of forests of His Majesty the King and Her Royal Highness Princess Maha Chakri Sirindhorn. These projects are aimed to preserve the forests as well as other natural resources including water and local flora and fauna. They also serve to build awareness of forest conservation and promote local community participation in forest and natural resources management. The key projects of forests and natural resources management under the Chaipattana Foundation are as follows:

This Project was set up to compile and nurture floral varieties, and serve as a natural learning centre. In the same sub-district, a Community Park was developed on land of 11 rai (4.4 acres) for the local residents. The Park is under the responsibility of the Sri Nava District Administration Office. 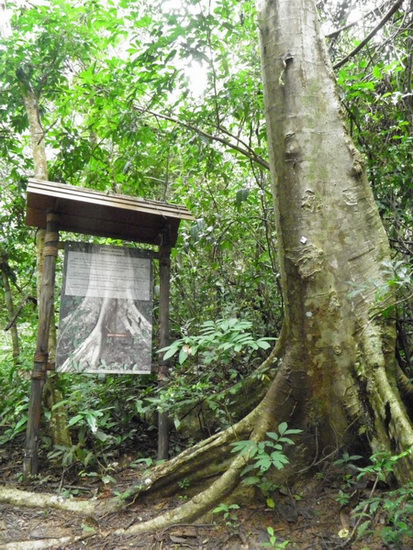 This is a recent collaboration between the Chaipattana Foundation and other public and local agencies to develop a 64-acre plot of deserted rubber tree forest, donated by the Lakkhunaprasit Family, into a community forest zone. The purpose of this community forest is to conserve and restore the forest conditions, as well as to encourage the local community to utilise the natural resources in a sustainable way and with correct understanding of their roots and purposes. Notably, local youth participation in the forest conservation has been cultivated as a part of the Project.

Furthermore, local flora and fauna are abundant and considerably untarnished. They serve as a highlight for ecotourism recently promoted by the Chaipattana Foundation to enhance the Project. Visitors can engage in a forest expedition along trekking tracks in the forest.

Located in an area of 12 acres, the Project was designed to serve as a center for research and experiment on mangrove biodiversity around Songkla Lake basin. The deteriorated land has greatly been improved and a nursery ground for aqua animals was set up to create the balanced ecosystem.