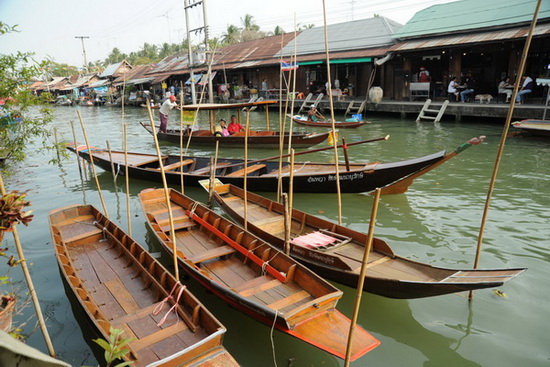 Her Royal Highness Princess Maha Chakri Sirindhorn initiated a conservation project to be established in the Ampawa Canal Community. The Chaipattana Foundation implemented the initiative by developing a donated piece of land into a conservation project to preserve the local traditional ways of living in accordance with His Majesty the King’s Philosophy of Sufficiency Economy. The Project was also intended to enable local residents to lead a simple and sustainable life.

The Rama IX Golden Jubilee Temple was built according to His Majesty the King’s initiative to propagate the teachings of Buddhism. It is also aimed to serve as a model for an ideal Thai society which comprises of three pillars: ban (home), wat (temple), and rongrian or ratchakan (school or government agencies). At the centre is a temple which serves to unite the people and their compassion and faith, and provide social and moral knowledge for both youth and adults. The three pillars reflect the integrated effort for a self-reliant society where people are encouraged to be the responsible members who care for their society and one another. This is an ideal society in line with sustainable development, and should therefore be adopted in the current world. 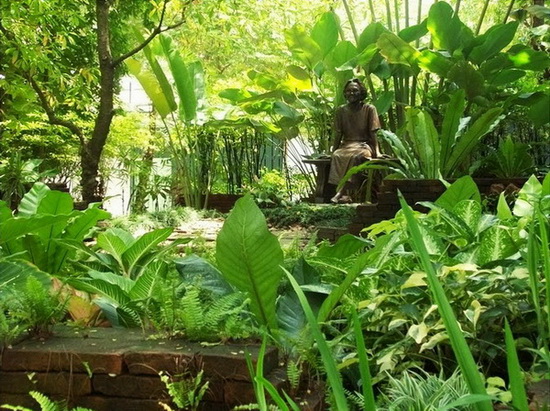 With its recreational facilities and botanic gardens, the Late Princess Mother Memorial Park also serves as an attractive urban park for the general public. 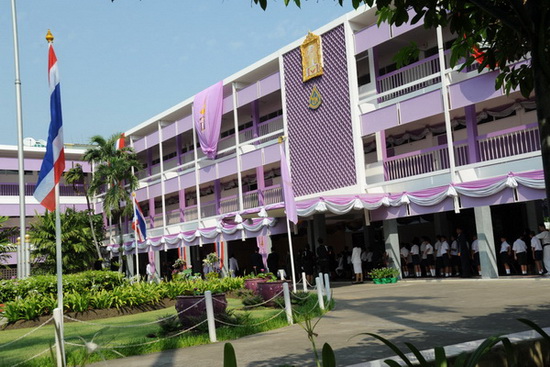 Following the donation of the Jaruwattananukul School, Her Royal Highness Maha Chakri Sirindhorn requested that the Chaipattana Foundation renovate and develop it into a new school named ‘Chaipittayapat’. The School’s curriculum and activities are designed to instill patriotism and appreciation for the Monarchy and Buddhism as well as the Philosophy of Sufficiency Economy into students.

The Chaipattana Foundation divided and distributed the land of this Project to farmers to live and make a living. The farmers have been able to improve their livelihood and become self-reliant to the point where they could form a co-operative to strengthen their farming occupations and improve their capacity to compete in the market.

The Chaipattana Foundation had developed a donated piece of land at Baan Bueng Wang and turned it into the Land Development Project to support rice farmers and promote awareness of the impacts of chemical usage in agricultural practices. These days, their quality of life has been improved and a sense of community has been largely enriched.

The Cattle Co-Operative Ltd., in Petchaboon province had previously been provided with support by the Chaipattana Foundation in the areas of entrepreneurship, forming cattle raising groups and setting up a plant to process dairy products. At present, the Co-Operative has operated with great success. In the future, it is likely to be able to serve as a one-stop service for all animal foodstuffs.