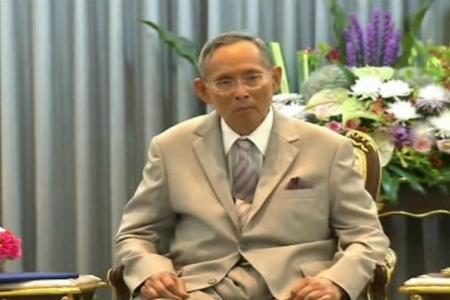 On June 11, 2012, His Majesty King Bhumibol Adulyadej granted an audience to Mr. Sumet Tantivejkul, Secretary-General of the Chaipattana Foundation, who accompanied Mr. Boonsong Teriyapirom, Minister of Commerce, to present His Majesty with the patent for a water quality improvement system by plants at Siriraj Hospital. 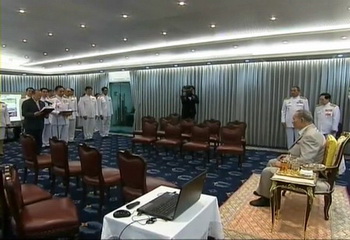 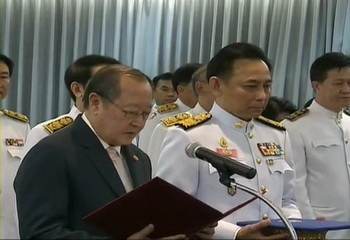 Previously, His Majesty the King commissioned the Office of the Chaipattana Foundation to apply for a patent for a water quality improvement system by plants which he invented to be used to facilitate the efficiency of the water-air pump type aerator.  The patent was issued by the Department of Intellectual Property, Ministry of Commerce, on November 9, 2010.  The system involves cultivating certain plants to filter wastewater. 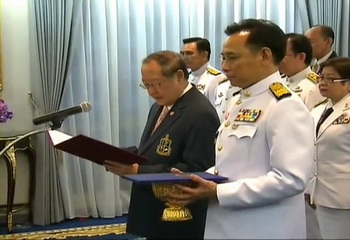 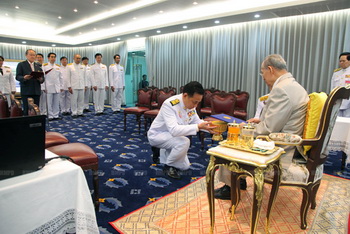 Invented by His Majesty the King in 1990, the water-air pump type aerator has been installed in various public locations in Thailand and overseas. The installation and maintenance are collaborative work between the Chaipattana Foundation and the Royal Irrigation Department.  The aerator has successfully helped to improve the water quality for various communities in Thailand. 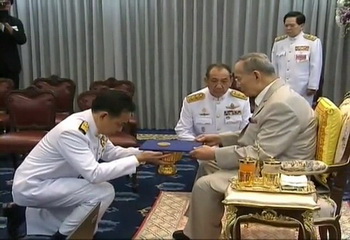 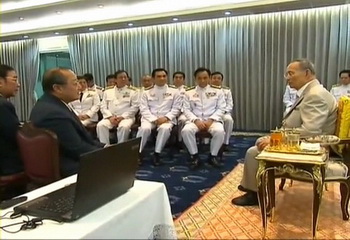 On this occasion, His Majesty the King granted an audience to Mr. Fumiaki Nagashima, the chief executive of Thai Yamaha Motor, to present to His Majesty with an electric cart model Towny Joy X at his disposal.